Even Small Voices Can Be Heard.

Home » ZTX » Pictures » Even Small Voices Can Be Heard.

Even Small Voices Can Be Heard.

Even Small Voices Can Be Heard. by ZTX 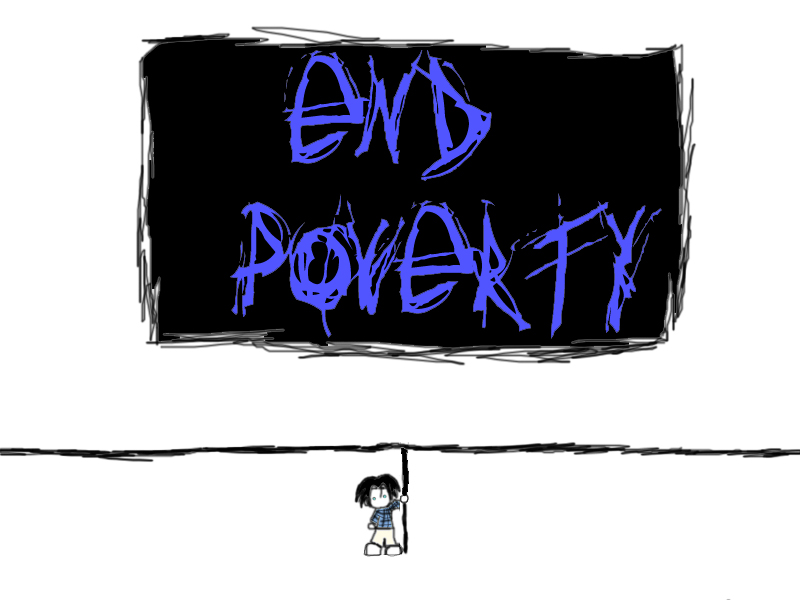 "Half the world -- nearly three billion people -- live on less than two dollars a day.
The GDP (Gross Domestic Product) of the poorest 48 nations (i.e. a quarter of the world's countries) is less than the wealth of the world's three richest people combined.
Nearly a billion people entered the 21st century unable to read a book or sign their names.
Less than one per cent of what the world spent every year on weapons was needed to put every child into school by the year 2000 and yet it didn't happen.
1 billion children live in poverty (1 in 2 children in the world). 640 million live without adequate shelter, 400 million have no access to safe water, 270 million have no access to health services. 10.6 million died in 2003 before they reached the age of 5."
(info from www.globalissues.org)

MAKE POVERTY HISTORY
Here is your chance to make a difference. What you do:
Draw your original character with your fav character or on their own, but draw them wearing the white bands for Make Poverty History on their wrists. In the space for the comments, put as many facts as you can about poverty.
This only takes about 30 mintues of your time to draw the picture. 5 minutes to upload it. By doing this, you are helping raise awareness and even save the lives of thousands of people. Think about it.
It only takes £1 to buy a band, and that pound will go so far and do so much.
Copy and paste this message onto as many people's profiles as you can.
Make a difference.

Omg....thats so sad!! DOES ANYONE NO WHERE TO FIND A WRIST BAND?!

AWWW its so cute ...and *holds up a bigger sighn that says: END POVERTY DAMNT!!!!!* lol cute pic

Who said this? Everyone... get your swords ready. *evil grin*

I sent it but this biznotch is being really rude about it, saying its stupid. Should we kill her?

Oh, are you the one that sent it originally? O.o

I drew it cause I got it in my profile. It seemed nice to do. I wuld get a band, but I don't know where to get them!! And I don't have any money either...

But thank you for saying something!

I sent this to four message boards and sent them links. Hopefully, some people will reply.

That literally almost made me cry. At least it was better than that stupid movie I was watching. I would but it takes me about 2 hours to draw a pic and our scanner doesn't work and I can't draw worth a crap.

I will send this to people though.