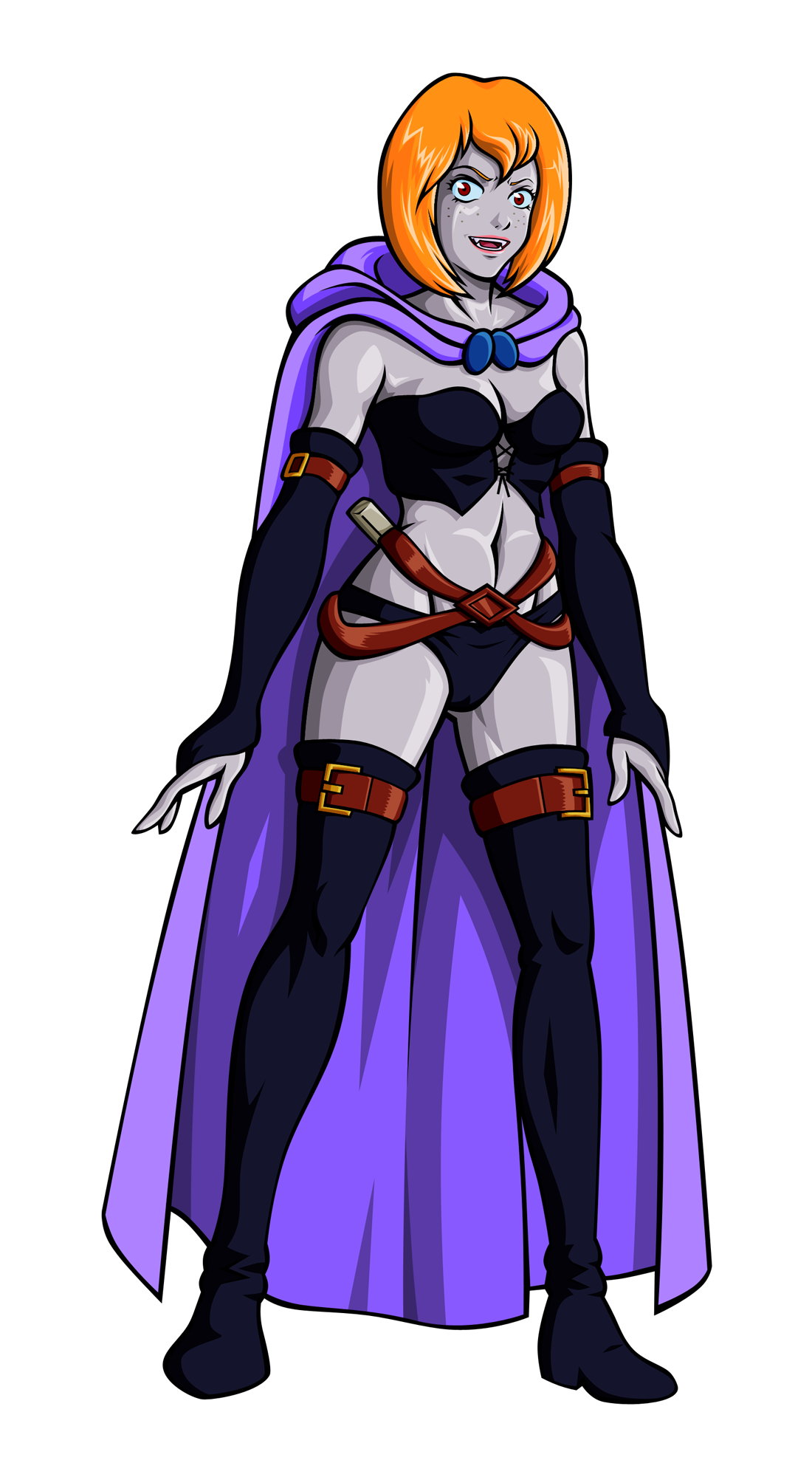 This is my vampire Sheila design, for when in my fan comic/Manga she gets turned into a vampire, or more accurately, a half vampire, she is not a full vampire, due to certain reasons which I will leave for the issue when it happens.

Due to her circumstances, she has only certain vampire traits, the most obvious it the need to consume blood from living creatures, however this is only a necessity, she does not have an overbearing thirst, it is merely to appease her vampire side, she still has to eat food like a regular human, but her bite will not produce another vampire. She does not have heightened hearing, nor smell, she does have some enhanced vision and alertness though, her strength is also increased, along with her speed and agility, but she cannot scales walls like some spider, also she heals much faster and is immune to poisons. Her personality has also been affected, she is more confident and assertive, though she is not overconfident and she is now more physical in her approach to life, cherishes every moment. She also has no issues with any religious symbols and other methods of inflicting harm on or repelling a vampire, this is again due to her still being alive... and technically still human. Lastly, while she has now got tougher skin and heals faster, she is still susceptible to extreme strikes, however if she can consume enough blood in that situation, she will be able to heal and recover from her wounds as long as they are not too severe!