So many stuff in so many years - My 15th anniversary

So many stuff in so many years - My 15th anniversary 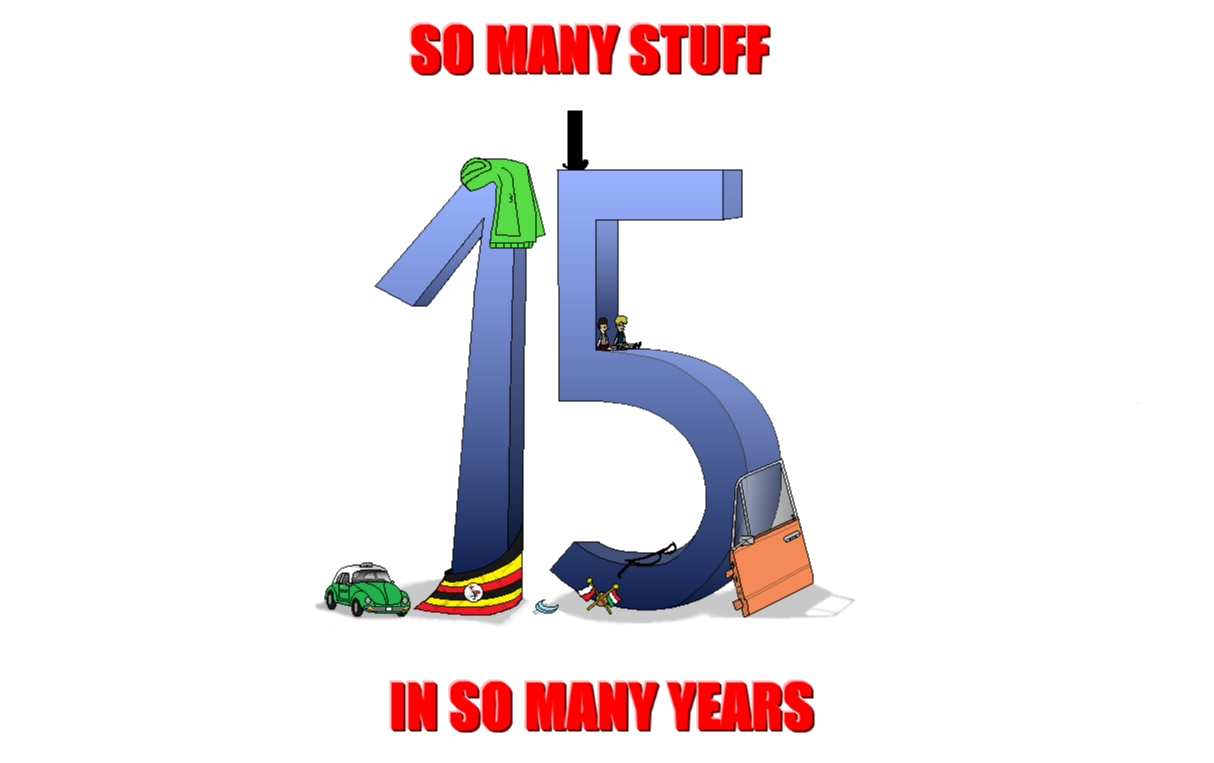 Well, this day has just come, but I didn't forget it.

It started exactly 15 years ago (8th of 2006) when I submitted my first picture here on FAC.

Originally I wanted to upload a modified picture I made for fun about Mac and Bloo from Foster's Home for Imaginary Friends depicting them as Beavis and Butt-Head , but when I read the terms and conditions of this site, forbidding the submission of modification of a copyrighted picture, I said: "Heck with it! I'll make my own then".

It turned out so awful, but when I got some positive comments on it, I'd thought I'll make a better one, and so on.
I thought I just found a new hobby for myself, so I kept drawing, always trying to develop myself as much as I could.

Since then I made over 300+ pictures (from which my comic Bloody mary makes the major part, but still), so I thought that it would be a good idea to sum up all the 15 years passed by this picture.
Each item represent a topic of a fanart I made so far:

Although I haven't been really active on FAC recently, I keep working on more pictures, currently on the last chapter of Bloody Mary for instance.
Unfortunately the progress is slower than I'd thought, so I won't be able to submit it this year, but rather in the next one.

When I finish Bloody Mary, I will only submit occasionally, just like I did in the past few years, but I hope FAC will be still there anytime when I want to do so.

Comments 9
Media Other digital art
Time Taken 15 years :P
Reference I think I listed everything in the description

Thanks!
It flies indeed :)

Thanks alot! It's a bit odd to believe that I was in the 1st grade of high school back then :D