Garvin and He Witt

Garvin and He Witt

Garvin and He Witt by flammingcorn 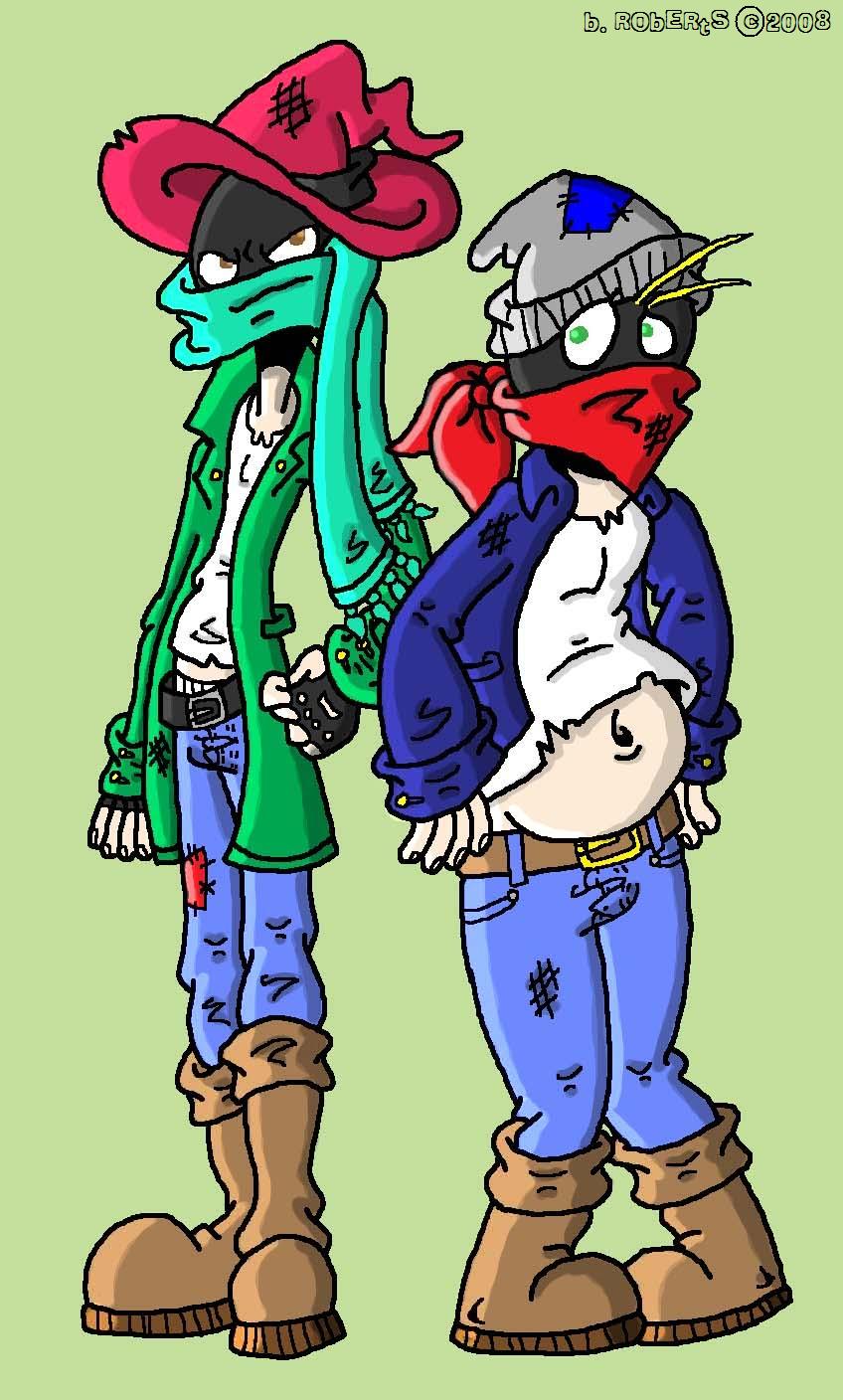 I was going through my old stuff when I found these guys and decided to remake them. :D The fellow on the left is Garvin, and the little guy on the right is He Witt.

I made them in 2004, so I don't entirely remember much about them. The original story I think was that Garvin was supposed to be, like, pre-Em. He was a wizard, but a really sucky one. He Witt, despite this fact, was his apprentice and the smarter of the two. More or less, though, they were thieves and trouble makers, which is why they hide their faces.

Ugh, one of three things must lead to their colour scheme, and that's...
1) They're not very colour-coordinated
2) I didn't have a good sense of colour at the time
3) I ran out of good coloured pencils and used what I had. XD

Eh, I may start using these guys again. :D They're...different to say the least. Garvin looks so mad all the time. Then again, if somebody hadn't drawn me in four years, I'd be a little miffed too!

Thanks! ^^ I was a little worried about He Witt's pose, because his legs are really short...

it's a funny but good pose^^