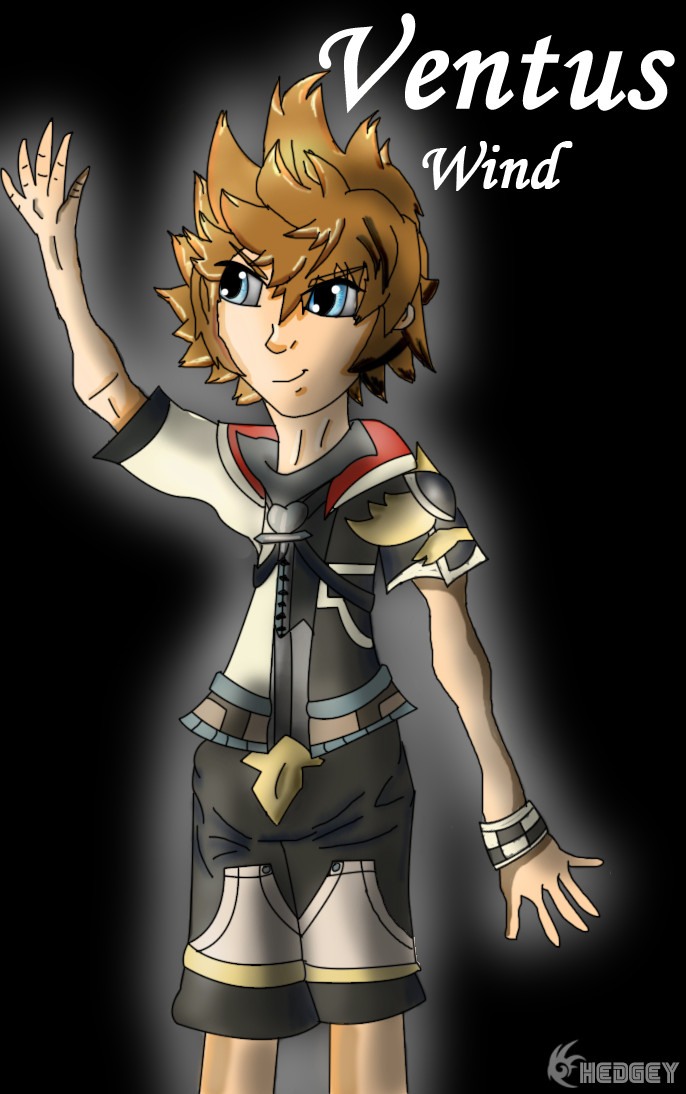 I drew a human!

Anyway, here's a pic of Ventus from the upcoming KHPSP game, "Birth By Sleep" YES, I'm so excited, I just hope my PSP willplay this without a stupid error message -_-

Anyway, as you cansee, Ven is almost identical to Roxas, even his clothes are similar! Healso resembles Sora a bit (Mainly his clothes) which is reasonablesince Roxas is Sora's Nobody. He has half of Roxas' jacket and theother half looks a bit like Sora's top from KH2 and he has shorts (Wellthey're not really shorts, they;re more like ankle length trousershowever I made them into shorts for my pic) like Sora's but with Roxas'trouser design (The beige over black). And he has Roxas' wrist bandhowever it's rimmed with white instead of black.

His personality however seems to be more like Sora's, take a look at this:
http://fc04.deviantart.com/fs32/f/2008/233/2/b/KH_BBS___Ven___not_Roxas___by_HeartlessAngel130.jpg
HE SMILED!
That's something Sora always does but Roxas only does like, twice in KH2!

So it seems that Ven looks like Roxas but has some of Sora's personality, hmmm...

It'salso confusing because I've heard that Ven's story is set 10 yearsbefore Sora's so Roxas wouldn't have even been born then =/ I don'tknow how true that is though but Ven and his friends Aqua and Terrawere the guys in armor in the secret ending in KH2 when you completethe game on expert mode...

Like others, I'm guessing (andhoping) that Jesse McCartney will voice Ven as he voiced Roxas becausethey must have SOME sort of connection with each other and plus, Roxasand Ven's Japanese voices are both the same.

I put wind under Ven because that's what his name means! (Sora=Sky, Ventus=Wind. Hmmmm...)

Anyway, I'm super proud of the jacket, it looks so cool and the shorts look ok too but the arms! They look like sausages...I'll need to work on those! I guess the hairis good but it can use work, first time drawing Roxas/Ven's hair thoughso cut me some slack! In fact, I think this is the first cannon KHcharacter I've ever drawn! o_O

The pose is random but I couldn;t think of anything else that fit, especially since I know nothing about Ven's personality yet!