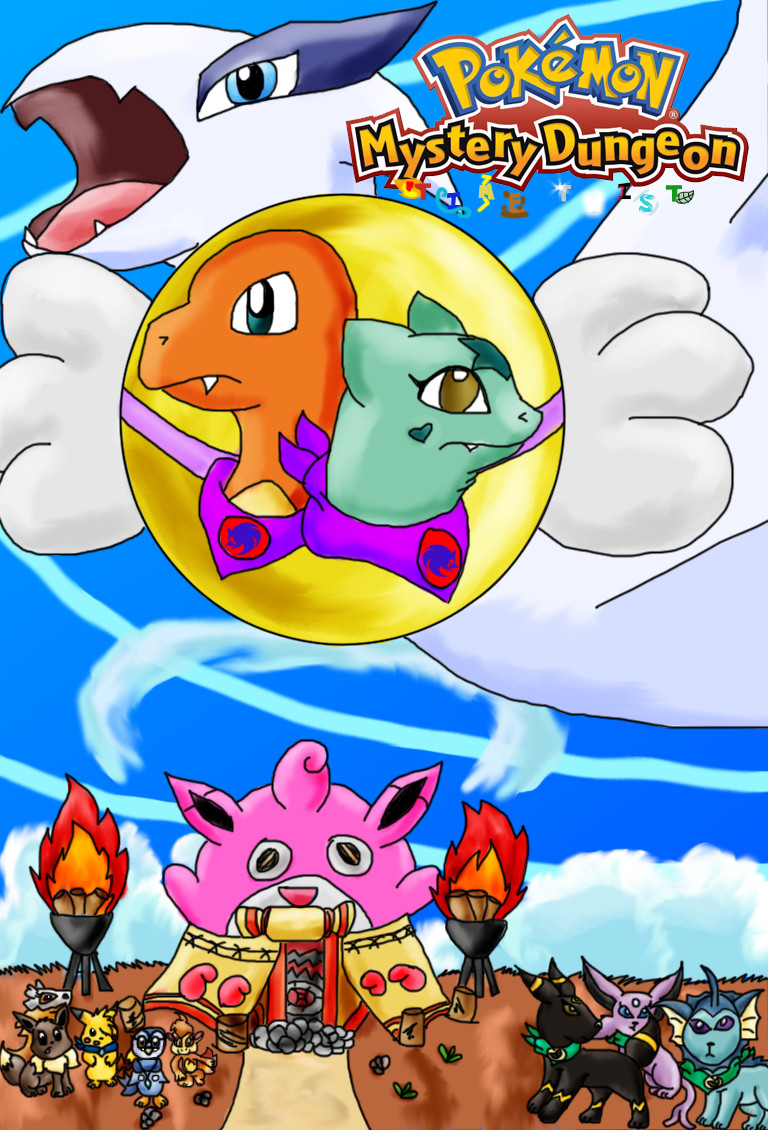 Edit: Added Kendal the Chimchar at the bottom ^^


Comic can be read on www.hedgey.deviantart.com

This is the comic cover for my new comic titled, "Pokemon Mystery Dungeon: Time Twist"!

Sorry if it's kinda big, I tried to get it smaller but then the characters on the ground were tiny! X3

And sorry that the characters on the ground are so small, I only noticed once I zoomed out of the pic! XD

The title appearance is very bad, it's literally impossible to read in the pic but I don't have the patience to change it now! X3 The idea was to have each letter with a different element but it looks awful! X3 I took the original Pokemon Mystery Dungeon logo from Google X3

Don't ask me why Team Eevee is bigger than the other Pokemon, I drew them first XD

And yes, that is lugia in the sky! :D

Gina and Flame are in their Gold rank medal thingy from the guild! X3

Overall, I'm actually really pleased with this! It took me hours but I love it! I can't wait to get the first page done (Which will be hard since it's going to be jsut humans, which I fail at drawing XD)

Anyway, I'm really excited about writing this (It's gonna be my first proper comic!)so I hope you'll all enjoy it! ^^