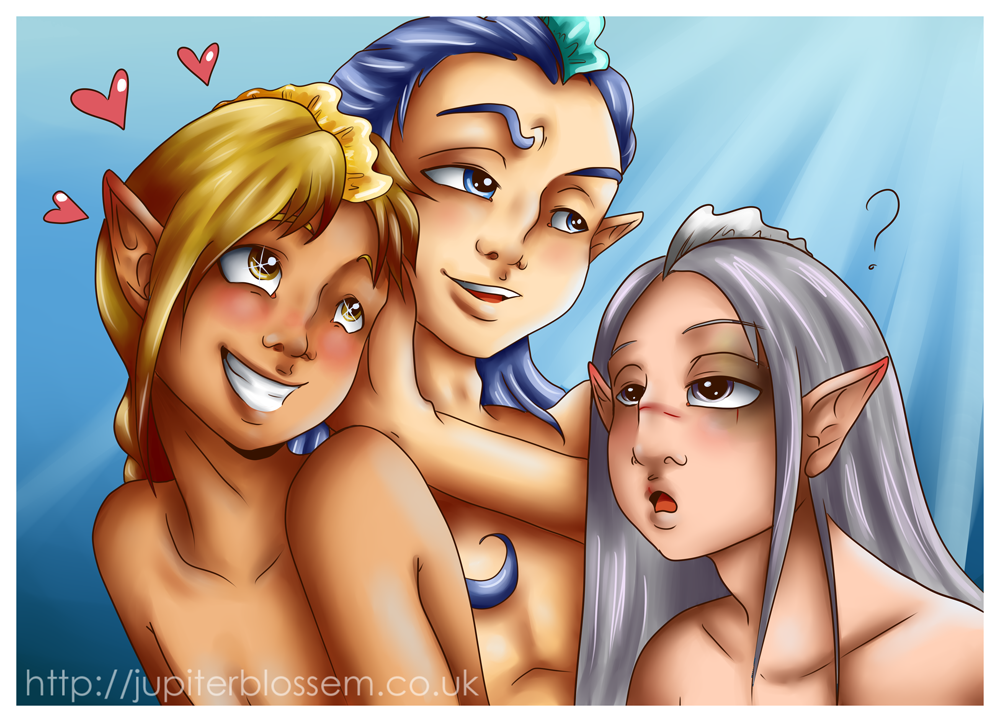 Yay, three new characters! They're called Gold, Blue and Silver! Pretty unoriginal names, right? That's their fathers fault. Their father is polygamous, and has so many children, he can't up with names for them! These three were lucky actually, some of their siblings are called things like "Lumpy", "Fatty" and such!

These three don't have the same mother, but get on like close family anyway, probably because their mothers are close. Gold is about 17, very excitable and loves his older brother Blue so much, he becomes quite creepy and annoying! :XD: Blue is 22, is very calm, but serious about his duties. Silver is 16, and laidback to the point of being half-asleep most of the time. He gets lots of bruises and cuts from bumping into things, and he also likes fighting, especially with Gold, but he never wins.