Light of the Night Sky

Light of the Night Sky

Light of the Night Sky by killerrabbit05 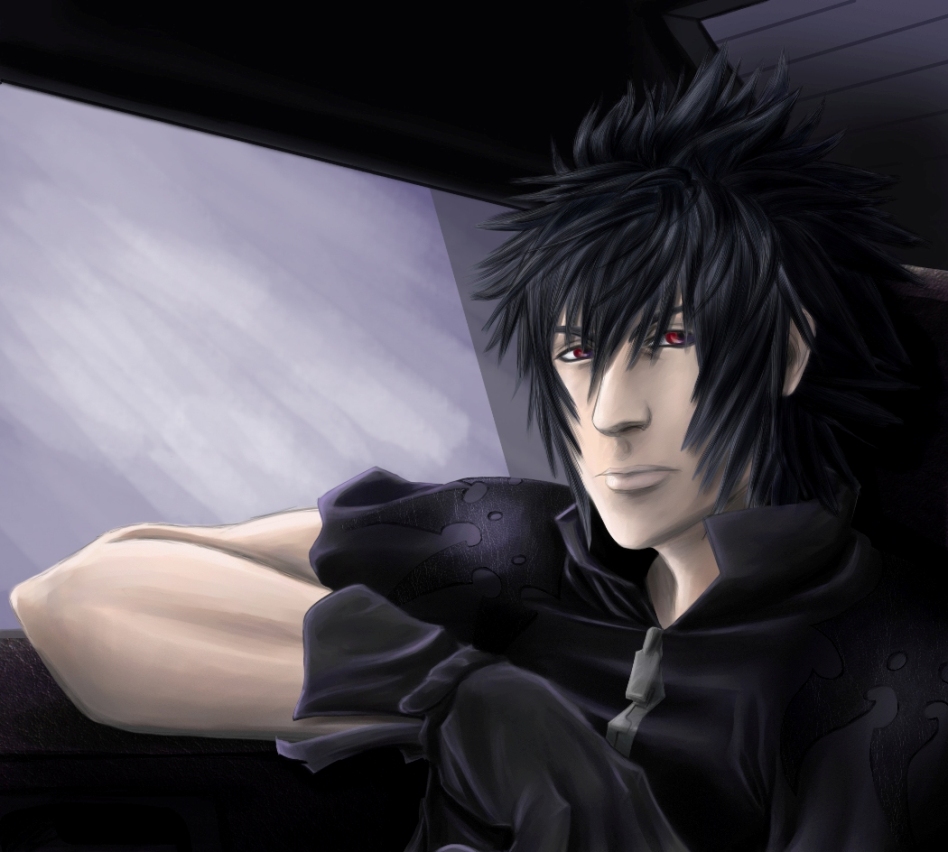 LULZ lame title is lame (if you know Latin).
So this was the picture I was raving about doing in my journal... I fussed over making the damn thing SOOOO much! >.<

NOCTIS LUCIS CAELUM!!!! :B
I DON'T EVEN KNOW WHO THE HELL YOU ARE, BUT I ALREADY THINK YOU'RE COOL!!!!! *squees like a retard*

I didn't bother to keep track of how freaking long I spent making this thing, but I've been able to do bits and pieces here and there. This originally as a sketch page, but then it turned into a ginormous monster of a picture/painting/WHATEVER. :O

First time drawing the dude (lol that's why it's not full body), and I must say, I've gotta take a shot again. The hair was ok looking at first, but I think I kinda messed it up after a while. >.<
And I was like, he should be sitting, but then I was like, WHEREZ?!?! So I remembered there was a sorta scene where he's in that fancy-shmancy car, so I tried to do that. I think I failed, so it looks a bit crummy. :\
AND AND I couldn't decide on what eye color I wanted, which is obvious from what I ended up doing instead.

BUT YEAH. I WANNA HEAR MORE ABOUT VERSUS XIII PLZ.

DX The guy so reminds me of Sasuke!

I've seen a lot of other people say the same thing. XD And when I proceeded to take a look, I couldn't agree more. Which is sorta lame. :\
I don't know that Sasuke guy too well though... I try to avoid Naruto at all costs. XD