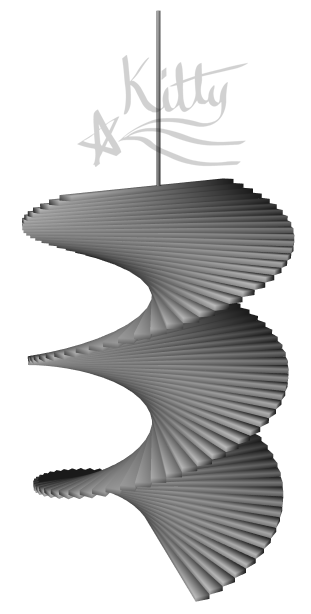 I have soooooo many things I should be doing instead of this... Oh well.

Anyway, I saw a wikihow article on how to make a chinese spiral, but since I was short about 80 popsicle sticks, I decided to make a model of one.

I had one of those once, they're so fun to stare at lol
But then my cat got her hands on it, and well it's gone now xD I admie your process very much! All the math you used to make this, I would have never thought of that on my own. The 80 popsicle thing...do they even sell them in such a large quantity? xD Great job anyways!

LOL,i love watching things like these thingsX3*pokes it randomly to make it spin*<3

aw, come on! you need to go out and buy like 80 popsicles! you can eat all those, no problem!

Maybe someday... if I ever find a place to put it. My room is crowded with junk as it is.