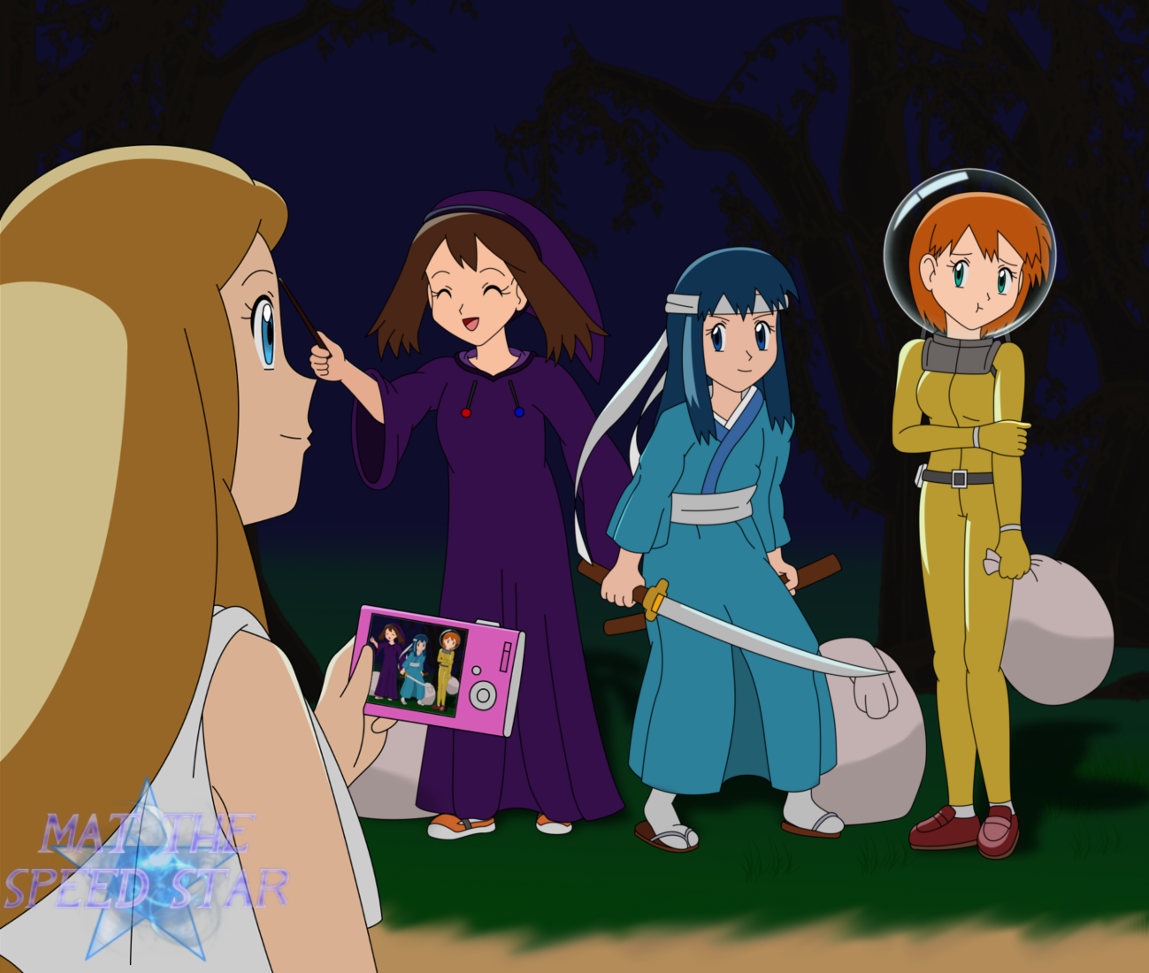 Late again as usual with everything I make. But I got so far into sketching it I had to finish, even if a week late by when this is up. No more staying up late to do these anymore! >_<; Anyway I tried to make a better night effect, but.... I am unsure if that even looks dark or moonlit enough.

I got four of the main girls from the series (except Iris cause I'm not a fan of her really) together for this year's Halloween and convinced them to take some pics with Serena's little camera. And in case you were wondering about their costumes...

Misty's a scuba diver with toy gear and helmet (and without flippers so she can walk), May's a sorceress (NOT a witch, there's a difference), Dawn's a samurai (also with toy gear), and Serena's a Roman (she's wearing a toga)

I also had an idea involving Misty's 'air tanks' (which you can't see behind her arm) in which they were filled with soap and every time she breathed out, bubbles would shoot up from the tanks like she was underwater. I discarded the idea though cause I want to cut down on that a bit. I was also gonna add some random Pumpkaboo floating around trying to get into the picture but I just wanted to get it done. ^^;

This is some good stuff here, Mat, and it's good to see Serena included in the fun. :)

Yeah I wanted to include her in something.... even though I took the lazy route and put her more up closer to the screen ^^;

BTW I had to stare at your Sailor Amour to see how to work the lighting, but I think I failed at that.

I want to do another one with all of them, but... only if I feel it's worth making.

sry I was uber tired earlier to reply. Nice to hear from ya again.

I want to do another holiday one but I don't want to if it's not going to be viewed or anything.

Wish I had this finished sooner but I'm only able to work at night.