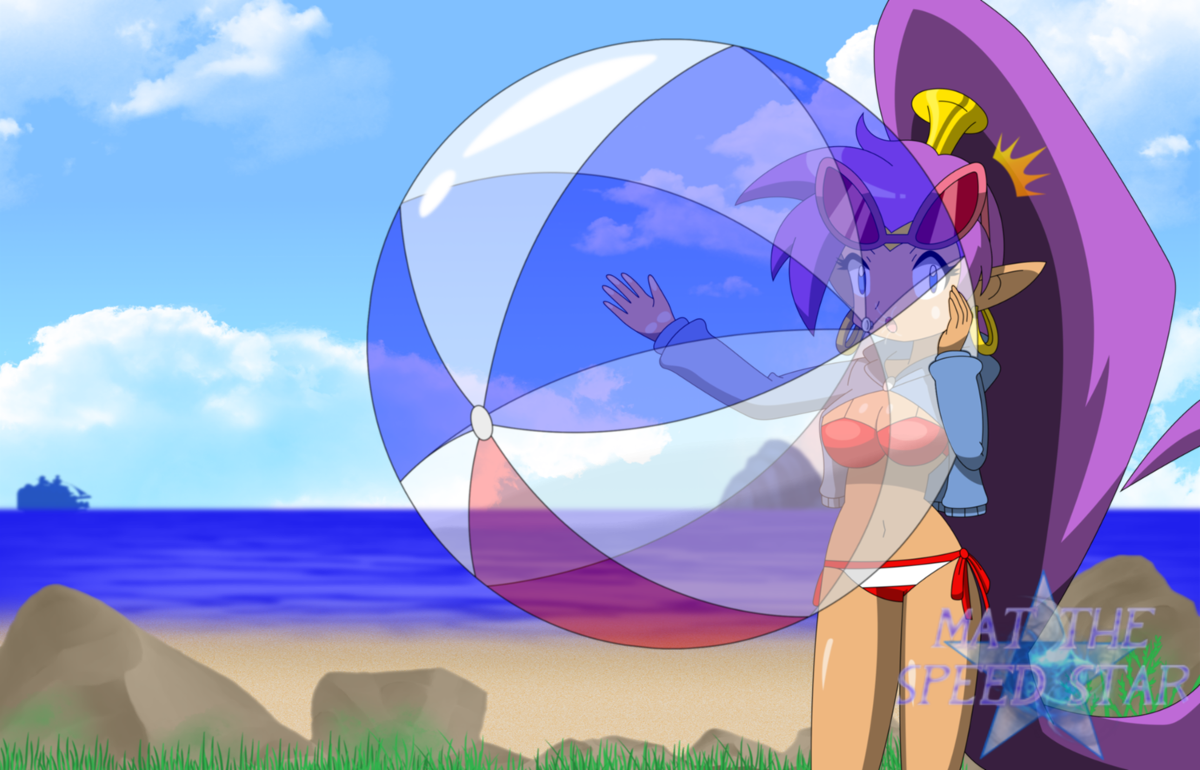 You thought I'd draw Shantae inside her "personal" bubble... BUT IT WAS I, DI-- I mean, I wanted to do something different.... although last I remember, I was trying to NOT do another beach or watery pic as I had done a lot of them given my frequency of drawing pics. But when the Costume Pack DLC was announced, I wanted to do something before it released but of course, WayForward drops the news with hours before it goes public! Oh well, think of it as a first day of summer thing now.

So.... compared to her size in the game, those beach balls she shoots are basically the SIZE of herself! I thought, that must be some beach ball if it's that big, it must take forever to blow up! So.... here it is, caught in the act of blowing up her giant beach ball. Magic beach balls? NOPE! Also, what's up with the whole hoodie thing over the bikini? I never got that really. I do think the hoodie idea is hot, but I don't understand it that much.