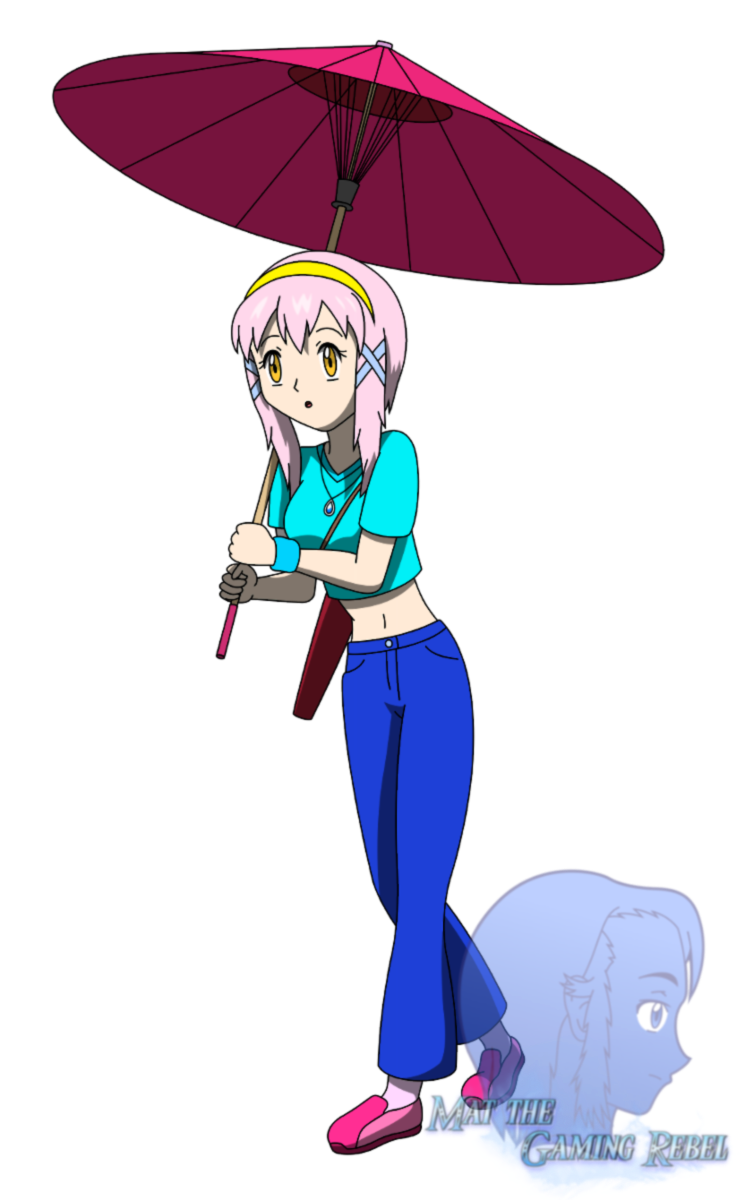 Finally did it! I originally made this cute catch many years ago based off of a beautiful-looking anime mermaid pic I saw and went with it from there but finally I got to updating her new look. so those not familiar with her, meet Sparkle! This is her PKMN version and at some point I'll create another version closer to what I had done with her originally. I'll list the differences from her last look so anyone who hasn't met her yet.

1. Her hair received some change. I flaired her bangs out a bit and gave her crossing ribbons for her sides (I dunno what you'd call them, I know they're not sideburns) I also made her skin a little paler too. Her yellow headband is unchanged.

2. Gave her midriff shirt a collar, and reduced her bust one size. She was originally a D. She also wears a Mystic Water as a pendant now as a gift from Mat. Her shirt has been loosened as well.

3. Her armband was moved to her wrist from just after her elbow. She does wear her personally designed gym badge on it, but not all the time. Later on, she'll have a Key Stone attached to it.

4. I made sure to show crystal clear that she wears bellbottom pants, as well as include the usual things pants have before their legs. Not jeans, pants. Underneath she wears pale pink leggings.

5. Shoes have been redesigned but retain their color and design as slip-on shoes. They're also water shoes.

6. She owns a paper umbrella now, with its own holster. She doesn't always carry it, but it once belong to one of her ancestors. It's a pinkish red. (I researched that red paper umbrellas in Japan were used for weddings, so I factored that into the coloring.)

Hates: Wearing other clothes, Cold air, any other drinks (will not drink anything but water)