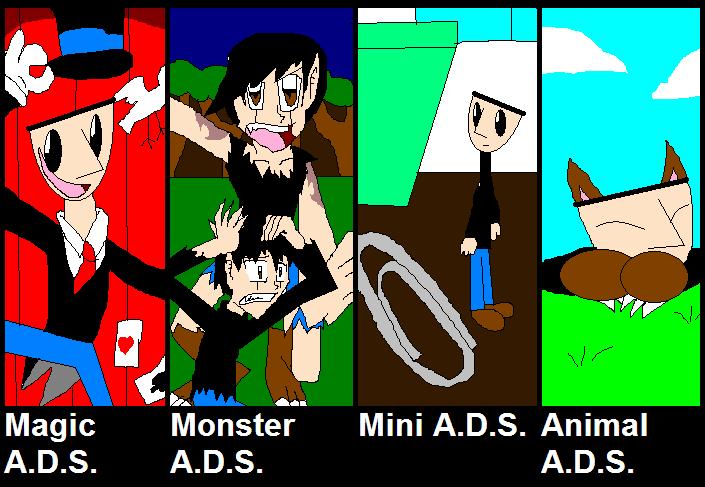 Monster A.D.S. - When the Jurai lightstone accidently his A.D.S. on the forehead and absorbs it, A.D.S. starts having symptoms and instincts of a hybrid of a dog (the feet & few abilities), cat (nocturnal sight), snake (reflexes), and a tiger (killer). Until it gets unbearable, A.D.S. transforms everytime. Originally a monster.
First seen: Nicktoons 5: Trapped in Animeland

Animal A.D.S. - A.D.S. felt unappreciated by the other Nicktoon Heroes (even ZIM), so he left to live in the wild.
First seen: Nicktoons Tales

I agree with Phantomdragoness his animal form is cute!!!! FAVS!!!!