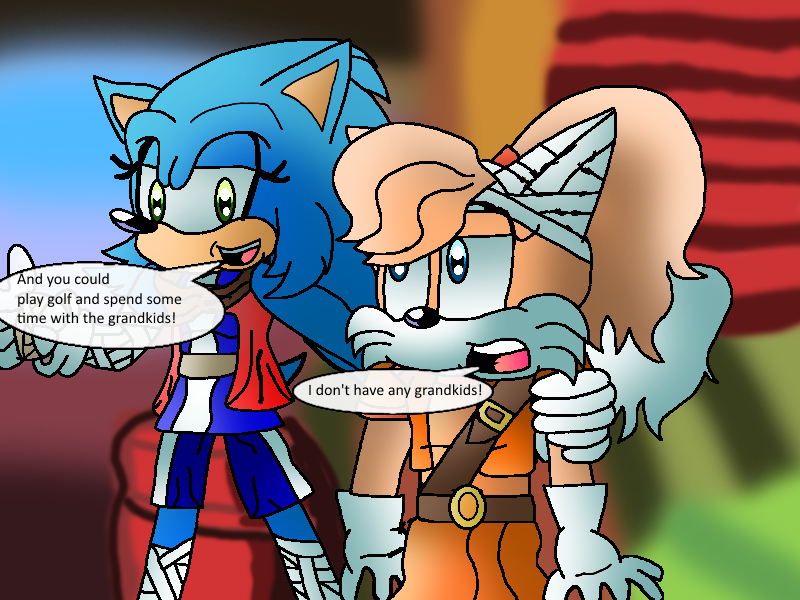 From the episode "The Sidekick"
I haven't done gender bent stuff in awhile, so, I drew this, actually, this was sitting as a unfinished picture in my drive for a few weeks and I decided to finish it, it's also the first completed picture since Paint.net updated, I semi like it and semi don't really like it, but enough about that, I'm quite proud of how this picture turned out, I wanted to experiment with more of Photoshop's shading, and I think I'll stick to this method, I also want to work on anatomy and backgrounds, I did forget somethings like Tailia's Tails, and she looks abit chubby. If you hadn't noticed I slightly alternated female Sonic's design by giving her a belt and jacket, also, after seeing so many genderbent pictures of Sonic where they decided to keep the name, at first it seemed lazy to me, but I realized it made more sense, so Sonja's name will still be Sonic, but her nickname will me "Nikki" based off the 1992 manga, and I do plan on making genderbent versions of the transcripts on deviantart.