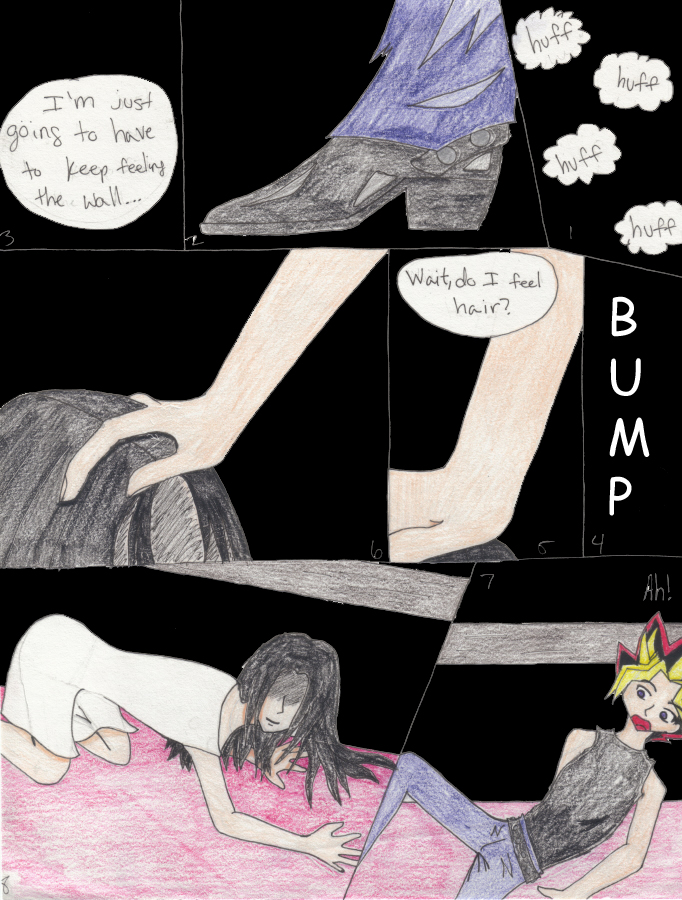 She is NOT Kayako from the Grudge! I created Blackfire when I was a small child (about 5) and when I thought of creating a fanfic, I made her the villian. The reason the comic is called "Three Evils" is because she has three versions of herself, but you only see one in the comic.

Anyways, Blackfire is constantly conflicting with herself. She loves Yami, but she's also struggling with the fact that she loves to cause him great pain. Throughout the entire fanfic she struggles back and forth. Eventually she combines the two to where she's able to show affection to Yami by using pain.


The story in this comic specifically is that Blackfire decided to play around with Yami by trapping him in a business building and he is stuck feeling around trying to find a way out and then he runs into her and can't run anywhere because he can't see. It's the psychological illusion that he is trapped, even though he isn't. (I know the whole being stuck in a business building is really dumb, but I did it because I dreamt it and it was REALLY creepy at the time, k?)

I'll save Yami! *grabs his arm and flee as Sonic*

I'll save you Yami! lol *faves then grabs his hand*