Megareus, The Contemptor Dreadnought by pichu610 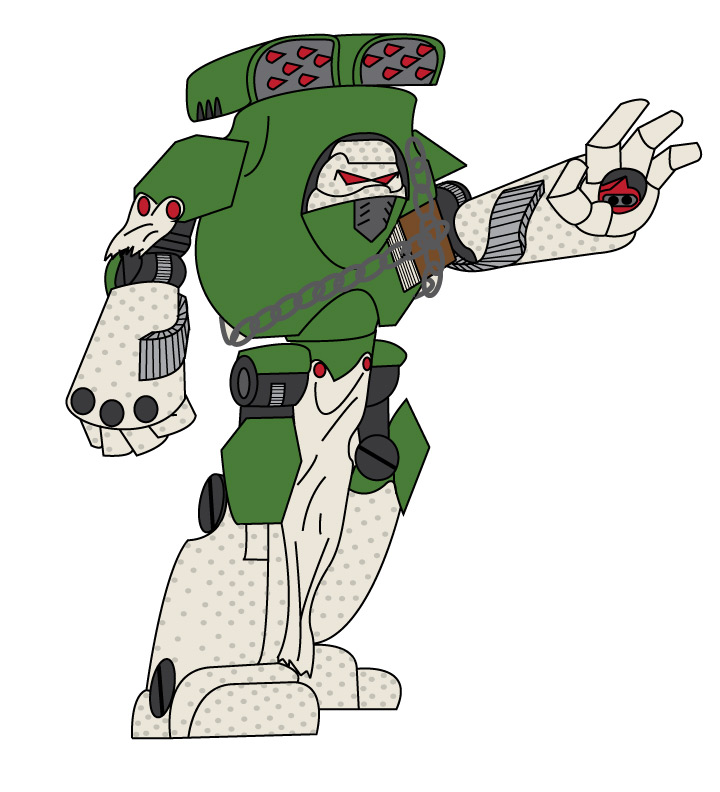 Well, guess since I'm visiting, I'll submit something. I can't believe, looking at how many characters here on this profile that have either been revamped completely, or been long gone in my sketchbooks. And how much my style and personality has improved. Maybe I'll stick around more. For kicks. So, this is a contemptor Dreadnought, from Warhammer 40k. I collect a lot of armies, including Blood Angels, Black Templars, Space Marines (Salamanders and Mentors), Chaos Space Marines, and possibly Tyranids in the future. I also play Fantasy (I play High Elves), and Warmachine/Hordes (I play the big four, Cryx Khador Cygnar Menoth, and Legion Everblight in Hordes)

I hope one day to own one of these beauties. But for now, I'll just draw them.

But Megareus is a character I made for my Mentor's. He's angry, xenophobic, and always ready to crush some heretics and witches. He's unstoppable in combat, and won't let anything stop his rampage. There is even a legend that he stopped a Chaos Rhinos with his hands, and tossed it aside. Despite these claims, he is very venerable, and is honored by the chapter.