Meet The... Oh dear god no! by shadowsofvoltage 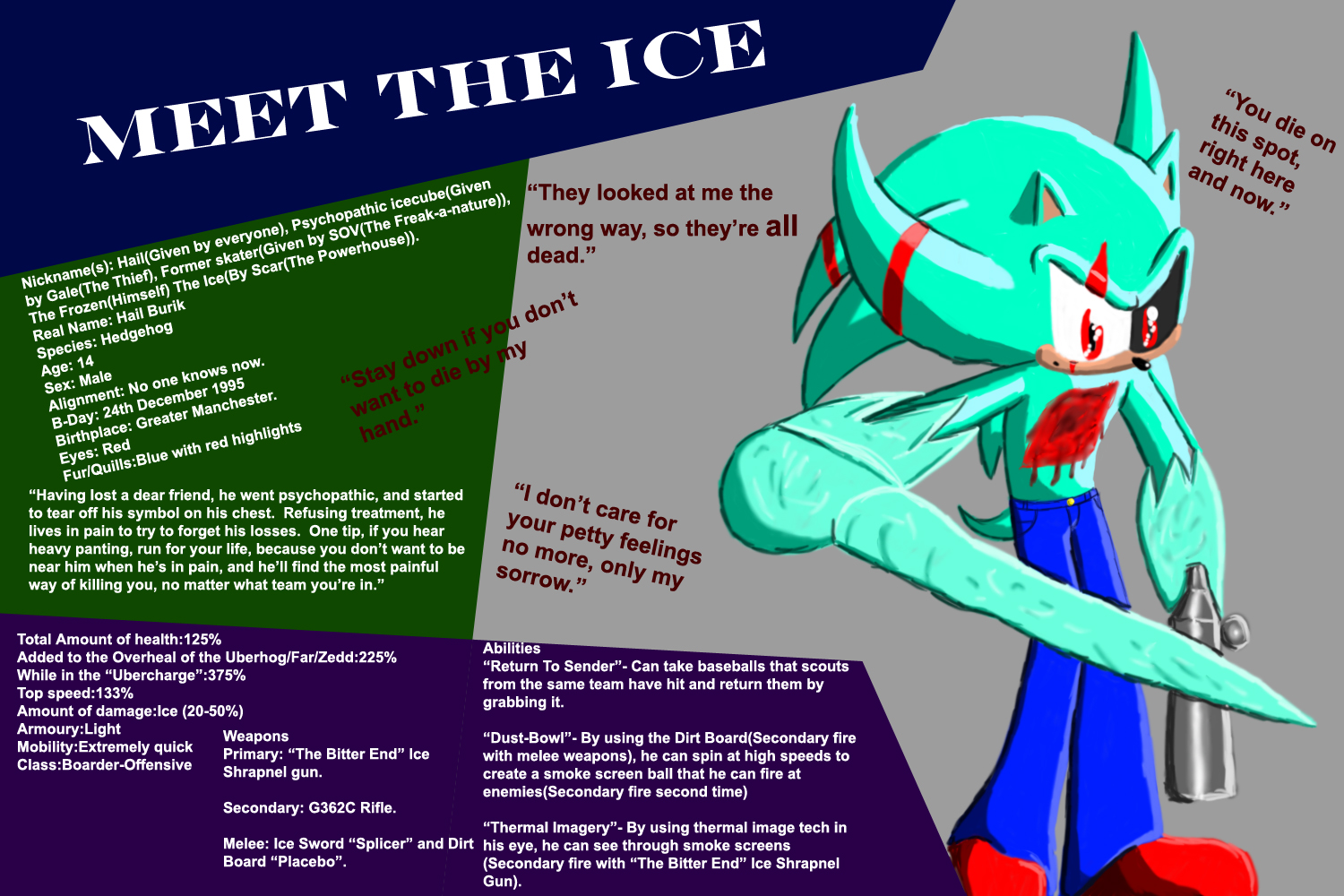 *The RED team briefcase is on the back of BLU Team Madness, running back to his base, laughing, until RED team Hail stands in his way*

RED Hail:Where do you think you're going?

BLU Madness:Heh, Try and stop me all you like.*Gets out the Jarate and throws it at him*

RED Hail: *Moves to the left, the Jarate hitting the back of the head of BLU team Gulliver*Nice try.

(Back to the action)

RED Sogt.:*Runs in from a different alley*Hail, what are you doing!?!?

RED Hail:They looked at me the wrong way, so they're all gonna die.

BLU Madness:You can try, ya Ice-cube!

RED Hail:*Glares at him then at blistering speed stabs him straight through the chest with the "Splicer", kicks him off, then glares at BLU Gulliver*

BLU Gulliver:What do you think you're gonna do to, maggot!?

RED Hail:*Grabs his board, spins at high speeds and creates a smokescreen ball, throws it on the floor, making the whole room go into smoke*

*A scuffle is heard, then a loud gunshot is heard and BLU Gulliver's head hits the screen, the smoke clears, showing RED Hail Holding his body and "The Bitter End"*

RED Hail:That's what I'm gonna do to you.

(A camera shows a zoomed in pic of Hail, then moves out to show the rest of the cast, then the title goes across the bottom)

RED Hail:*Picks up the case and freezes it and sits on it.*How boring.

Comments 6
Media Digital drawing or painting
Time Taken 4 hours at least
Reference None, but the memory!^^

-Hides in a corner- DOnt kill me!!