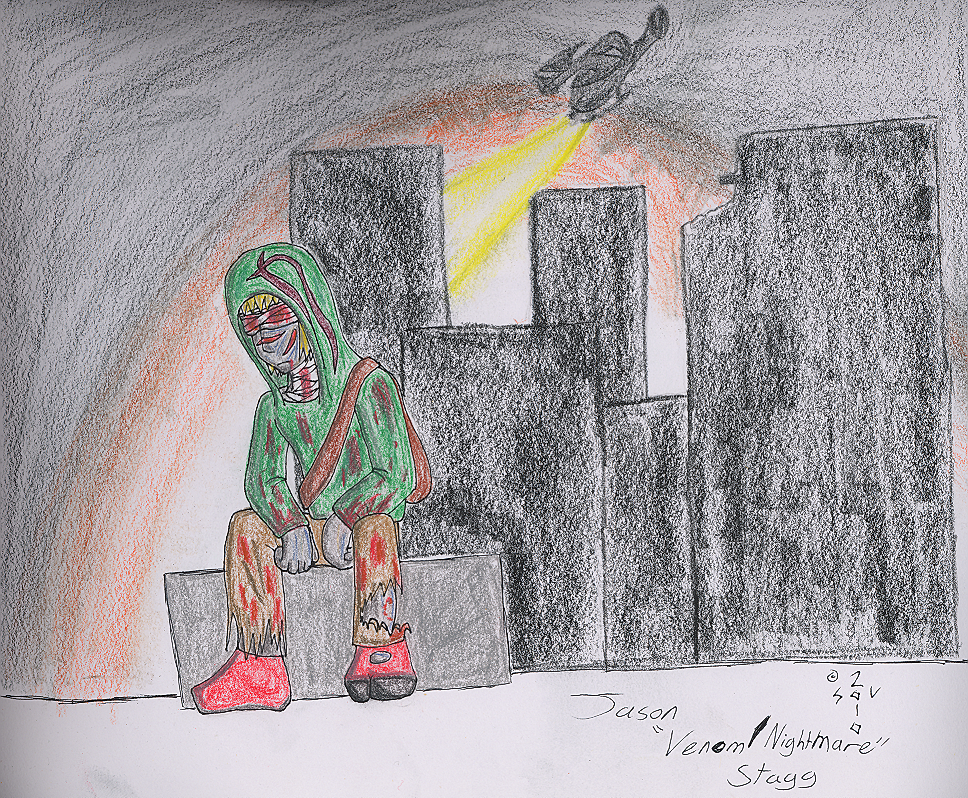 Bloody hell, this guy took ages to get the skin tone right... Anyhow, please excuse the crappy colouring, I need to rework on my computer colouring again. I think I'll redo this pic on computer, colouring wise anyway.

Anyhow, this is Jason "Venom/Nightmare" Stagg. He was 17 at 5'8 and a rather known parkour/freerunner in the city where the infection hit. He got bit on the leg, as you can see, which caused him to become an infected in the midst of the Mercy Hospital Infection. The fact that he was one of the infected to escape the Mercy Hospital corridors while killing a few survivors.

Also, you know the song "RE: Eat Your Brains"? Well... THE SONG LIED!D: Zombies ate his eyes. Hence the bandages over his eyes. Blind, but not stupid. He's found a way to get around using his very sensetive hearing.

A little background of the character creation, I drew something like this in my Concept art for Games, yet he was human. And it felt like a shame to let an idea go to waste. Hence why I created Jason.:3

Anyhow, please comment, fave, like, whatever. One thing I definitely want is PEOPLE COMMENTING AFTER LOOKING. Make me feel appreciated please.