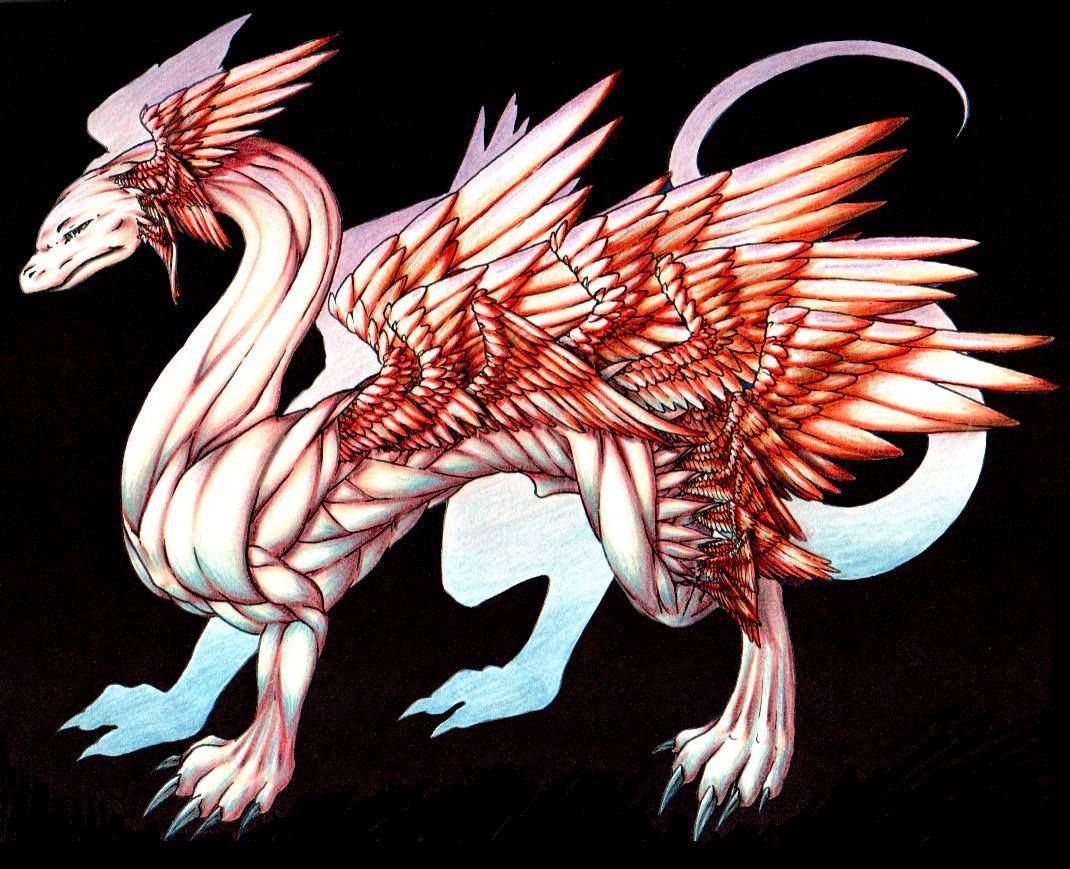 This here's a dragon version of my little boy Lucifer--->http://www.fanart-central.net/pic-533405.html :D As you can see, i've changed his wings quite a bit.

he's a rainbowy fella in this picture, i'm afraid XD stays true to his name, that mister morning star~

picture history: I was pressing too hard on the paper with my pencils (especially around his shoulder) so it caused that nasty ripple effect (which is HELL to scan ._. *PUN*) and i was trying to fix it, but nothing would work, and i was stabbing him and yelling at him, AND THEN IT DAWNED ON ME.

I CUT THE LITTLE BUGGER OUT OF THE PAPER xD bai-bai ripples!!~

Lucifer is the name of my own character, and is *NOT* the actual Devil. He's more of a 'Fallen Reaper'. He has two other brothers as well, one of which is also a Reaper, whereas the other is not. It's still unclear as to whether or not I'll ever be able to type their story out, but just in case, I gotta leave you lot in the dark x] <3 <3

Inspiring music for this image:
Nevermind by The Birthday Massacre <3

You did a great job on this! The coloring and design is fantastic.

Oh man, this is just amazing. A dragon form of Lucifer... as if the original ain't hot enough. *______*
I absolutely adore the musculature and those gorgeous wings, and your coloring. Beautiful. ♥

Nice work.
Looks like you knew whats the meanig of the Lucifer name. Its Light-bearer.

Its really nice work and the dragons skin suits the name.