And There's Nothing I Can Do

Home » theblackbutterfly » Pictures » And There's Nothing I Can Do

And There's Nothing I Can Do

And There's Nothing I Can Do by theblackbutterfly 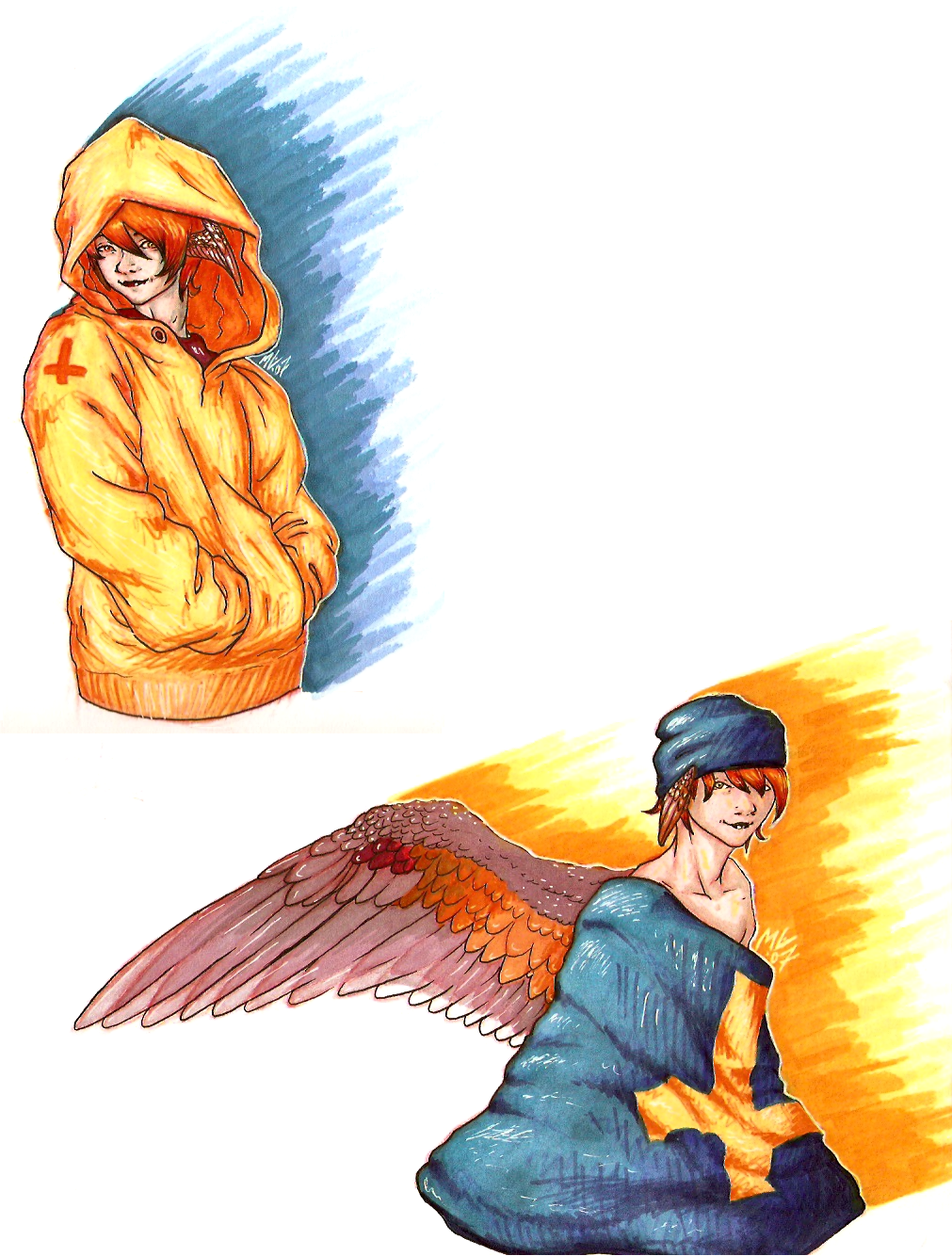 Original Title: I'll Have A Slice Of Your Mother
because i'm slightly obsessed with Franz Ferdinand

Second Title: Planet Earth Is Blue, And There's Nothing I Can Do
^rest of the title, there :] from David Bowie

Little doodlethinger i drew to test out my new markers, and to celebrate my college-ness, i suppose x3

This could very well be the closest i've ever gotten to getting Luc to look the way i want him to :] and look, he's all human-y~

As you most likely do not know... Lucifer has a deeply-rooted connection to the Earth, and his moods vary according to the general situation the world is in at any given moment.

Ah frack it, I'll tell you what I've figured out about his story so far *lmao*

Lucifer is one of three Devil-Reapers, he's not the only one. Lucifer, Beelzebub and Leviathan make up a type of anti-trinity, and each have different Damnations assigned to them. Lucifer Reaps humans' Souls, Leviathan Reaps animals' Souls and Beelzebub has to organize all of the Souls, reading every one of them (and he has to be completely neutral xD part of his punishment) and sending them off to their designated fates. Heaven, Hell, Purgatory, Limbo, Nirvana, Whatever :]

Since Lucifer looks to be the youngest of the three, he gets all the dirty work of taking care of the minor Imps and demons, whilst Levvie and Beelzie have the legion of lesser and major demons and djinni. poor luc~ x3

STEAL AND YOU WILL NOT BE MY dog FOREVER, YOU WILL DIE