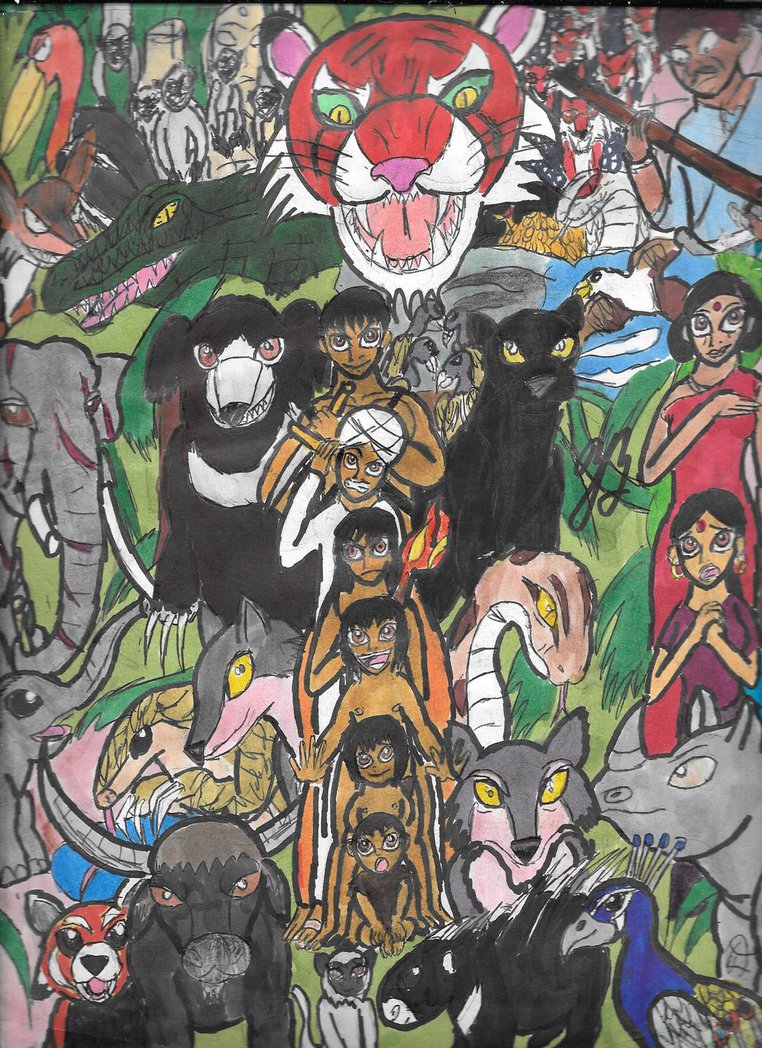 This tells the story of Mowgli, a human boy who was raised by the wolves. From the animals he learns the law of the Jungle. For many years he considers the jungle his home, but when a ruthless Tiger, named Shere Khan wants to kill Mowgli, he is forced to return to civilization, but is later cast aside. He then becomes his own man. With no pack or village Mowgli wanders around the Jungle helping those who are in need,

As most of you know I am a HUGE fan of the Jungle Book especially the original Rudyard Kipling books. Yes I have seen the newest film by Disney and I think it was pretty good. It had it's corny moments, but I thought it did a good job of giving us a mixture between the 1967 animated movie and the original book. And to be quite frank I think I did a good job with this. By combining characters from the book, the Disney version, the Russian version, the 1989 anime and the newest movie. Though I wish I had more space to add the pygmy hog, the giant squirrel from the new movie and the British army to show off the imperialist attitudes of the original book. I also decided to show off Mowgli growing up. From a man cub to a man.