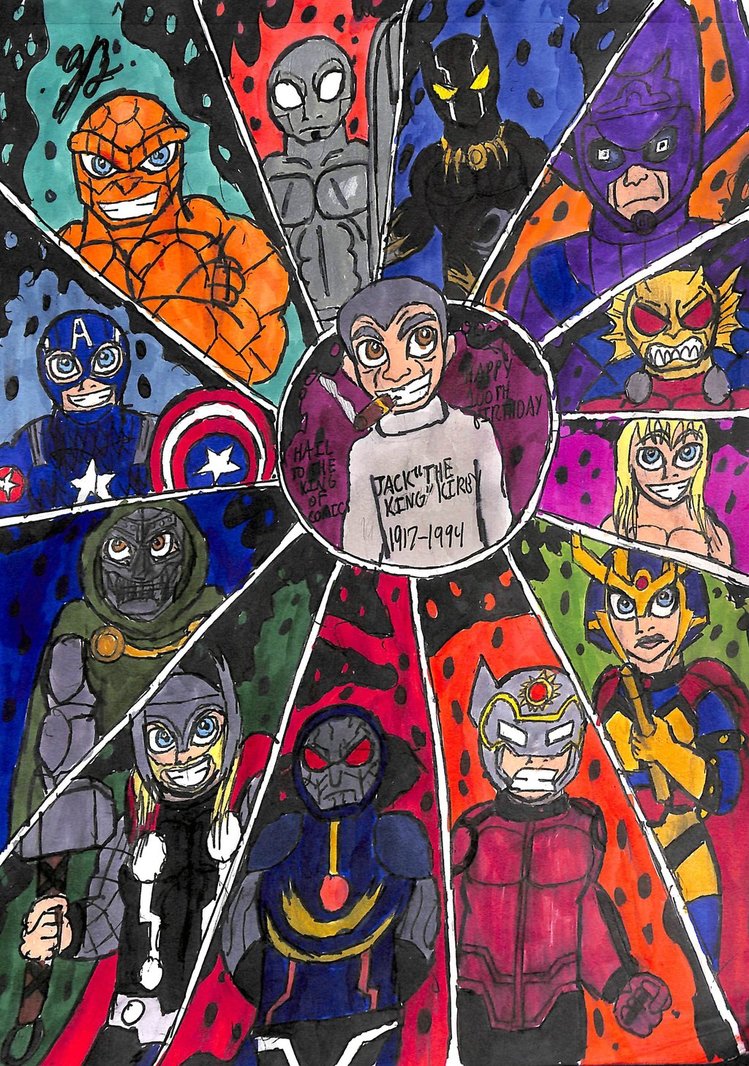 Today marks the 100th Birthday of Jack Kirby, the King of Comics! For those who don't know Jack Kirby was a comic book artist who helped revolutionized the industry. Born as Jacob Kurtzburg on August 28th 1917 in New York City, at an early age he discovered that he wanted to be an artist. First he would do a few newspaper strips and even worked in animation. He would later do comics and with his partner Joe Simon, they would create Captain America. After the war, the pair would keep making comics until they split in the mid 1950s. Kirby along with Stan Lee would create the Fantastic Four in 1961 and thus kickstarting the Marvel Universe and co creating characters such as the Incredible Hulk, Thor, the Avengers, the X-men, The Silver Surfer and the Black Panther. However Jack felt like he wasn't being treated fairly and moved to DC and created his Fourth World series and even did other comics such as the Demon and Kamandi The Last Boy on Earth. He would go back to Marvel but again felt like it was not worth and retired from mainstream comics. He would go back into animation and do some independent work. He died on February 6th 1994. Kirby was the one who contributed much to pop culture and if you love the Marvel Movies, you can thank this man for helping out. Also check out this video I did  https://www.youtube.com/watch?v=g-H4MzVvOxw&t=25s

I agree, it's a nice tribute to the creator of those series. *thumbsup*