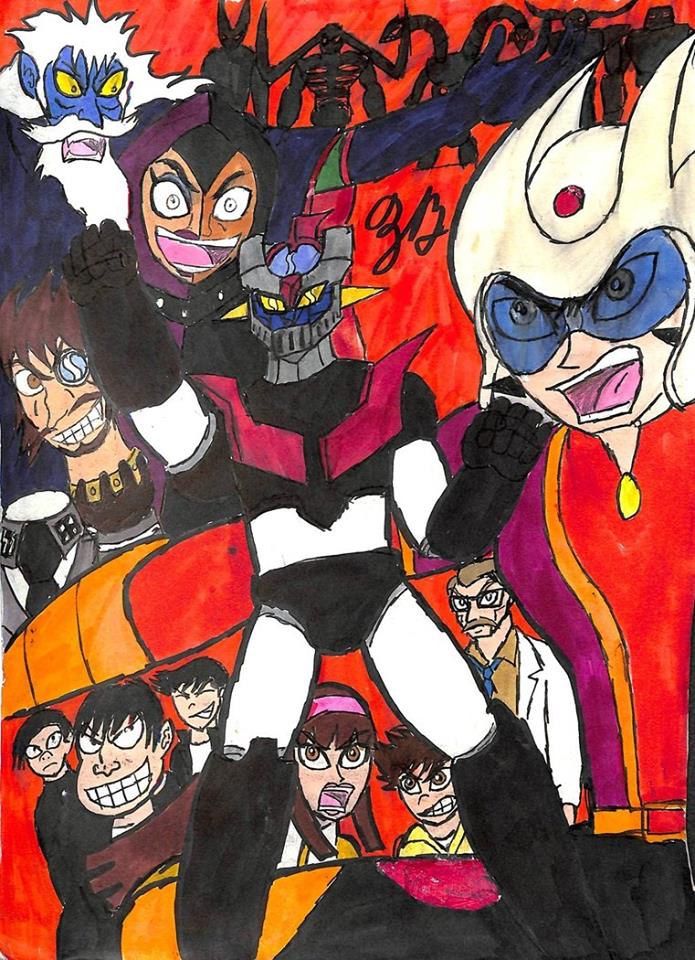 Mazinger Z the pioneer of many Mech manga and anime to come (What about Gigantor?) THat's debatable. But I love Go Nagai's manga Mazinger Z, and I do love it's remade series Shin Mazinger. Now why haven't I seen much of the anime? Because it's REALLY hard to find it damn it! SO what is the plot? Kouji Kabuto is your cool teenager when an earthquake strikes. When he discovers his grandfather's secret lair, he finds out the giant robot, Mazinger Z! Kouji's grandfather's dying wish was for Kouji to use the robot on how he pleases: To be Earth's greatest protector or it's greatest destroyer! As y'all know Kouji chose the first choice. With his little brother, Shiro, his rival turned friend, Boss, his girlfriend, Sayaka Yumi and her father Professor Gennosuke Yumi, help Kouji against the evil forces of Dr. Hell and his henchmen, Count Brocken, a  decapitated former Nazi who is head (No pun intended) of the Iron Cross brigade (I gave Brocken a usual Nazi Officer uniform giving him a motive with the help of Dr. Hell to rebuild the Third Reich) and Baron Ashura, a transgender fiend who is in charge of the Ashura Corps

Mazinger Z is truly the father of robots in anime, while Astro Boy may of started it and Gigantor expanded, Mazinger Z perfected it! And has a kick @$$ theme song https://www.youtube.com/watch?v=SyRoF689VRE