Battle Over Britain by thezackburg 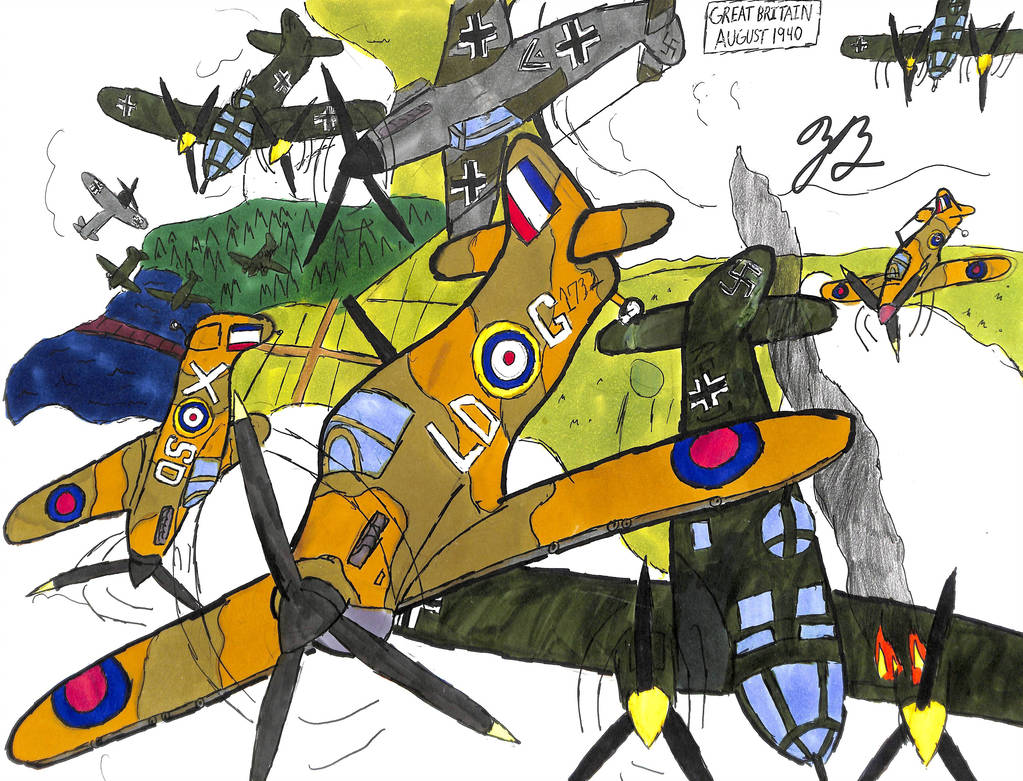 After conquering most of Western Europe, in the early summer of 1940 Adolf Hitler and the Nazis sent their sights to take the United Kingdom out of the war.At first Hitler just wanted Britain to surrender, claiming he'll leave them alone while he focuses all his attention on invading Russia. However Britain along with it's new Prime Minister, Winston Churchill, were not willing to give up so easily. Furious by this, Hitler ordered for a plan to invade the British Isle. Operation Sea Lion was supposed to be Germany's invasion plan of Great Britain. However being an island nation, with a strong navy and air force, conquering Britain would be no easy task. So the Nazis would send in the Lutfwaffe, the German Air Force to attack targets such as ships, airfields and other key positions. However the Royal Air Force proved to be a challenge for the Germans. Because military targets weren't working, the Germans then begin to bomb civilian populations with cities such as London, Liverpool, Glasgow, Belfast, and Birmingham being targets. Despite this the British still fought on and defeated the Germans. This proved a key victory against Hitler as it was the first major defeat for Germany. However despite that Britain would still be bombed by the Germans until May 1941, because it was realized that the air raids would not demoralize the British people and the fact that Germany needed it's air force for the upcoming invasion of Russia in June.

I can see at least three Spitfire I aircraft from different squadrons, three He-111H bombers with 20mm guns in the front (the latter variant I assume) and two Bf-109E, including one flown by a commissioned officer (judging after the fuselage markings).

The composition is the best part - you depicted the chaos of an aerial battle well. *thumbsup*

Why thank you very much! Actually it's six He-111. The other ones are in the background very tiny stuff. But you are very good at the technical details. Hell I even didn't know some of the stuff right there. Mt thought process was basically  "okay what can I use here to make this battle as accurate as possible?"

That's why I started the sentence with "at least" - couldn't recognize the tiny planes above the woods since the Luftwaffe didn't only use He-111 in the Battle of Britain; they also had die Geschwaeder (airforce squadrons) equipped with "the flying pencils" https://en.wikipedia.org/wiki/Dornier_Do_17 and two-motor Junkers https://en.wikipedia.org/wiki/Junkers_Ju_88 .

Those all have a similar-looking basic shape (long fuselages, two engines in wings) and the Junkers also shared the single tail with the Heinkel's bomber, which makes them distinguishable only by the details.