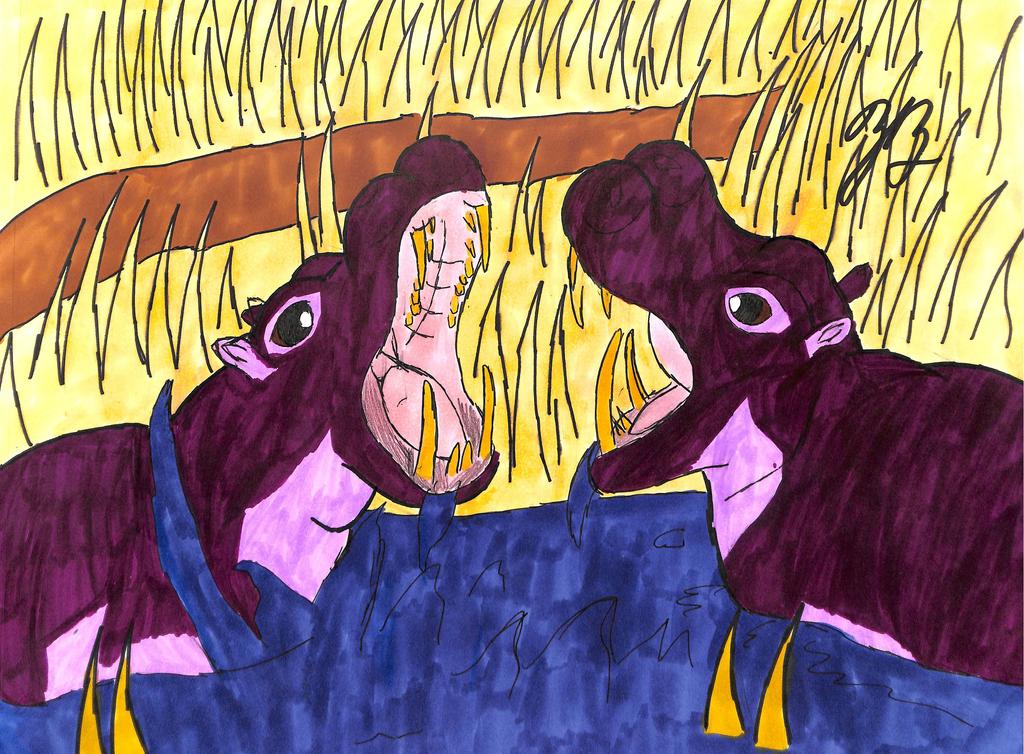 Living in sub-Sahara Africa and Columbia (will get to that part later) the hippopotamus lives in the rivers and swamps of the great Savannah and the Colombian Rainforest (Again we'll get to that part)Here the Hippos mostly stick in groups where relax and mingle among each other. For the longest time it was believed that Hippos were related to pigs but in reality they are related to whales and dolphins. They are able to hold their breath for up to five minutes in the water and despite their large size are graceful swimmers. Hippos are what you would call an animal that goes with the saying "if you leave it alone, it will leave you alone." Despite being vegetarians, being seen as these hilarious creatures we see in cartoons, but in reality they are the most dangerous animal in Africa. Killing more people than any other animal. Their sharp teeth and large size are used to fight off grade A predators such as lions, crocodiles, hyenas and especially themselves. Hippos are known for being territorial. Male Hippos fight for territory and females and the fights are brutal. Often leading to death and other hippos and animals getting caught in the crossfire. The hippopotamus is endangered due to Habitat loss and being hunted for meat and their ivory teeth. And while in Africa their numbers are dwindling, in an unexpected place their numbers are thriving and that is in the South American country of Columbia. Originally four hippos were owned by the Drug Kingpin, Pablo Escobar. However after Escobar's death, the Hippos managed to escape and what started off as four, currently came to eighty. Despite this, the locals have learned to live with the Hippos and they proved to be one of the very few invasive species that actually has been a benefit to the ecosystem. The future of the Hippo is unknown but let us hope that they spend many more years on this planet.