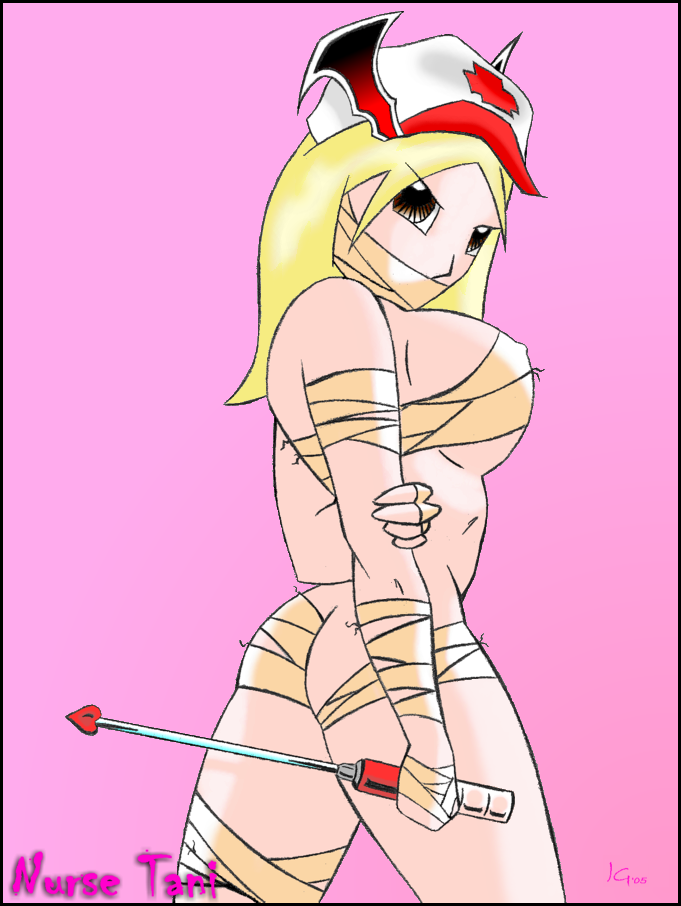 In a dangerous attempt to capture their obssession, an army of fanboys corraled Teddy and her sidekick, Nurse Tani, in a dark ally on a dark night. In the scuffle, the crazed group of mad fanboys toppled, not just themselves, but Teddy and the Nurse aswell.<br />
<br />
Awakening with a splitting headache the next morning, Nurse Tani still finds herself in the same dark ally. Discovering how badly bruised she had become from the attack, she realised that those annoying fanboys had taken Teddy, along with her entire nurse outfit! leaving only her head gear and many bruises.<br />
<br />
Nurse Tani knows what she must do next. She finds her ambulancemobile, inside, she searches for her first-aid kit. Upon finding it, she uses the bandages to cover her bruises. She grabs her super syringe, and with a determined look in her eyes, she plans out the journey ahead of her.<br />
<br />
Now, it is up to her, she is the only one who can save Teddy from the clutches of the mindless fanboys. Her campaign for justice is just begining, and she will be noones sidekick during this mission. There's only one chance... "Hang on, Teddy" she says, while grasping her syringe. "I'm coming to save you..."

i don't like the end of the syringe. it makes it look sissy

"watch the the con i go to that will happen"
haha, i bet it can.

hahahah. very interesting story james. definalty bonus points for you. watch the the con i go to that will happen. the kitty didnt have a name but i think i will call it teddy just for you. n e who back to the picture, i love the bondage band aids you put on her very awsome, and the coloring you did on the skin is very aluring(cant spell). thank you so much.