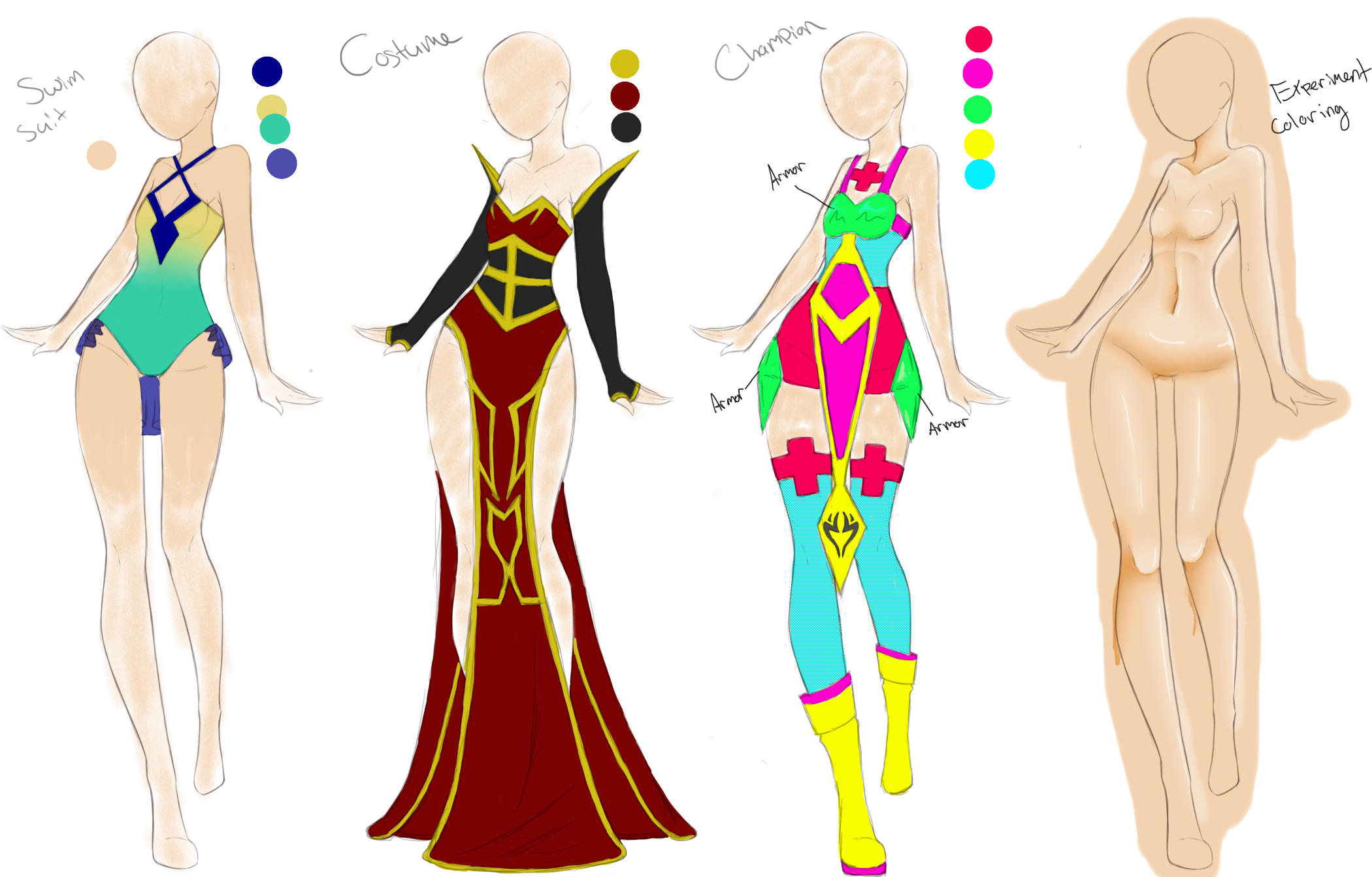 ::::EDIT::::
I should probably somewhat explain one of the outfits. For the "Champion" outfit I was going for obnoxious colors because to get this outfit they would have to win in the Colosseum and I figure the Colosseum has a dark atmosphere and these outfits would kinda lift the darkness of it a little. They would also stand out a lot too. So yeah, that was my goal for the "Champion" outfit.
For the "Costume" they would have gotten by going to a costume party. =D  The swimwear is pretty self explanatory.

I should probably like submit something right since this is all I have been doing for the past month?
Well anyway, I thought I should at least design 3 different outfits for like 6 of my characters because I imagine them in a Tales series kind of world. How I have the story of these characters set up is like a video game, so I chose the Tales series as an inspiration. I would love to see my idea/story as a tales game!
Sorry if I just repeated myself, I'm not very good with words and such. ^^;


So the 6 characters that would be in the party would be Akane, Haruki, Rose, Alaina, Curtis, and Juniper. You haven't seen Curtis or Juniper because I haven't drawn them yet, well I drew there outfit designs and I did sketch out Curtis once but yeah.
I do have a main idea/concept for this story that only like 3 people know.  The only reason only 3 or 4 people know is because I know them in life and I rather speak about my stories in person because I suck at typing and I just rather speak in person because you can't read how I talk and how I talk, I think, helps. This is why everything I do on the internet is kept very very brief....