Listen to Your Heart...

Listen to Your Heart...

Listen to Your Heart... by Moon_Princess 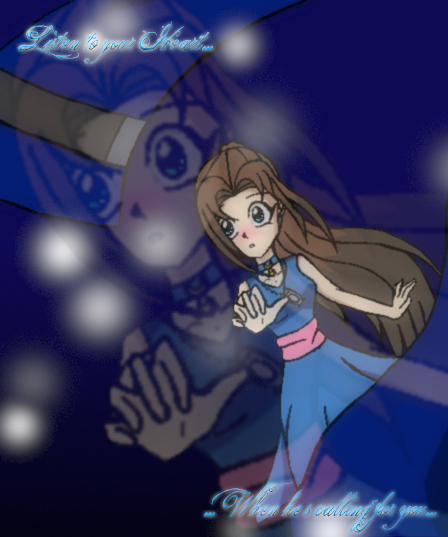 The song "Listen to Your Heart" Inspired me to draw this for some reason. Although it's a re-drawing of an old drawing I put up a long time ago.
Here's the original if you want to see it:
http://www.fanart-central.net/pic-608875.html

I'm just going to put the story that was on the original; here so you guys can figure the pic out. (Unless you're one of those people who already know what it's about. Lol xD)

The thing behind the story of the picture is basically the same thing as in Full Moon. XD I borrowed the idea for the picture.
Cat grabbed onto Yami's sleeve but when she did, he turned into snow, as you can see here and all that was left was his jacket.
I guess it all represents that once she finally realized she loved him, it was too late; because he had already returned to the afterlife.

The only difference is, is that I think it looks better. And I didn't use a Full Moon screenshot for the reference. Lol
Kinda messed up on Cat's outstretched hand though. I don't do many poses like this. >_<;

man, I really love the background! XD nice picture, keep it up! ;)

I remember that!!! So sad!!! Awesome pic though Cat-chan!

Pic has awesome quality, very well drawn. I think you did great! *favs*

This is really cool! Cat's outstretched hand isn't bad, if I'd drew something like that, it's in the fireplace before it's even ready for inking