Wow, It's Snowing... by Rinkuchan 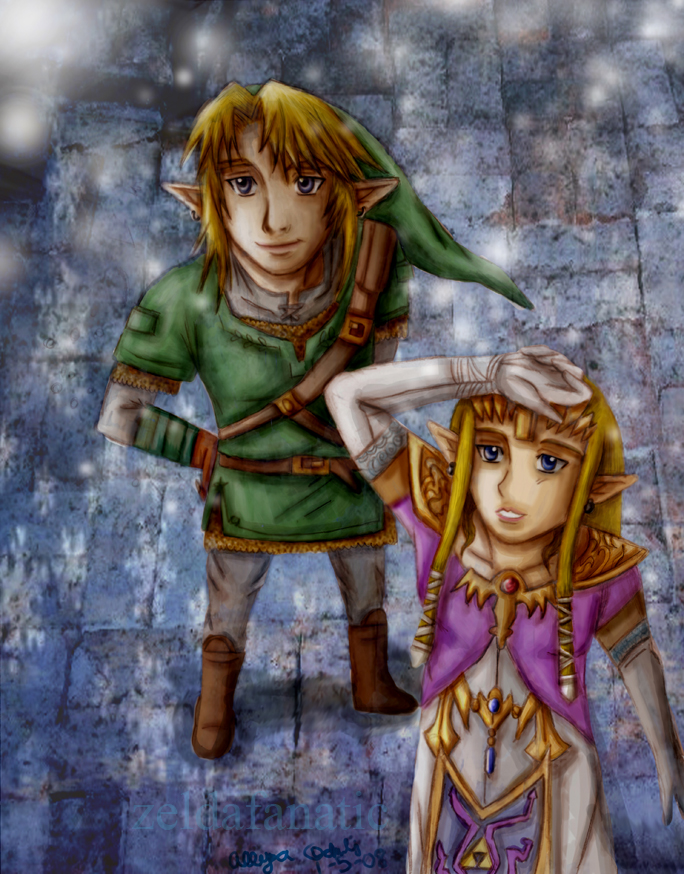 finally an update and its zelda related ^_^

since winter season is going to end soon, ive decided to make a winter theme pic and also with my favorite couple ever ---Zelink. ^__^

learning new things on PS, thanks Leslie~ trying something new with perpective.

the b/g and some of the snow flakes is from google images(three pics) There was suppose to be a fairy in the pic but i cut it off. ~_~

Link shows Zelda snow from outside the castle. >.< It's her first time to see snow or rather see it up close since shes always inside the castle. (the snow just started falling) @W@~~well thats all~

NEXT UPCOMING PIC : Leslies and my COLLAB ^__^
(possibly will post tomorrow)

That's an awesome pic, though there is something odd on Zelda´s face. Nicely done.

yeah zeldas new look is a challenge. xDD thanks.

Honestly, I think you would have done FANTASTIC in that contest!

Whoa the perspective on this looks really cool!!! plus the drawings & shading & lighting and everything look totally awesome, and those snow bits are cool. and the way the bg is detailed but just hazy enough to let them really stand out. Seriously, this looks really good. Keep it up =D

I love this pic! Link and Zelda look very nice! my favorite is the snow though! so white and fluffy :D

Very cool perspective on this!

And the snow looks so fluffy!

I'm with you..I want snow too!