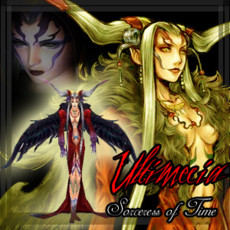 
The drawing and design in a movie or serie of anime is very valuable to me. A serie like Ergo Poproxy and Witch Hunter Robin can just simply amused me by only their character design.
----


All Anime series rock, all except the idiotic ones, for that just think in pokemon...and yu-gi-oh!....makes me sick
----

1. Hayao Miyasaki (Why shouldn't I love this man? he is the genius behind Spirited Away, Princess Mononoke, Castle in the sky and his new movie Howl's Moving Castle!)
2. Rumiko Takahashi (Yeah! Turn for the Comic Queen of the World! Goddes Rumiko knows what a manga should include to get people's attention, and she's fabulous at it! She has created the reaaaallly famous series such as Ranma 1/2, Maison Ikkoku, Urusei Yatsura and Inu Yasha!)
3. Yoko Kanno (Well maybe she should go in music but... wait... she already is! She's the genius producer of The Seatbelts! The band incharged of the fabulous music of Cowboy Bebop! Yeah! Best soundtrack ever! Not to mention she also does the soundtrack of Ghost in the Shell!)
4. Akira Toriyama (Well I'm a Dragon Ball freak, so why shouldn't I include the man behind this amazing serie! Yeah Dragon ball is that good that for many, wathcing an episode 2 or 3 times isn't boring at all).
5. Shinichirô Watanabe (Well he can be one of the best directors ever to get the idea from Cowboy Bebop and Samurai Champloo into real and supreme action! These series are amazing! I recommend them a 100%!!!).


All of these fabulous creators are my inspiration and I thank all of them to create one of the most kool ways of expressions that overlay the unique style of every artist! Dunno what I would do with out them! Thank You!

1. Princess Mononoke (THIS IS ONE OF THE MOST AMAZING MOVIES EVER!! ALSO MY INSPIRATION!!).
2. Spirited Away.
3. Nausicaa of the Valley fo the Wind.
4. Millenium Actress.
5. Grave of the Fireflies.

Yeah I like to brag...even if there's not much

Hello!
I'm planning to organize an art contest every month in the forums because I think there should be more activity there so as to encourage people's creativity and friendship.
If you want I can post a link to your profile every time there's a new contest, but you may find this sort of spamming annoying so please let me know if you would be interested or not.

Can I have a request from you?

And what would that request be?

Do you takes requests? 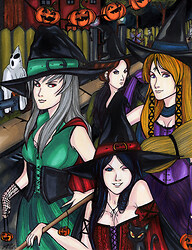