Ghostbusters Vs Walter Sullivan by VampireWarith 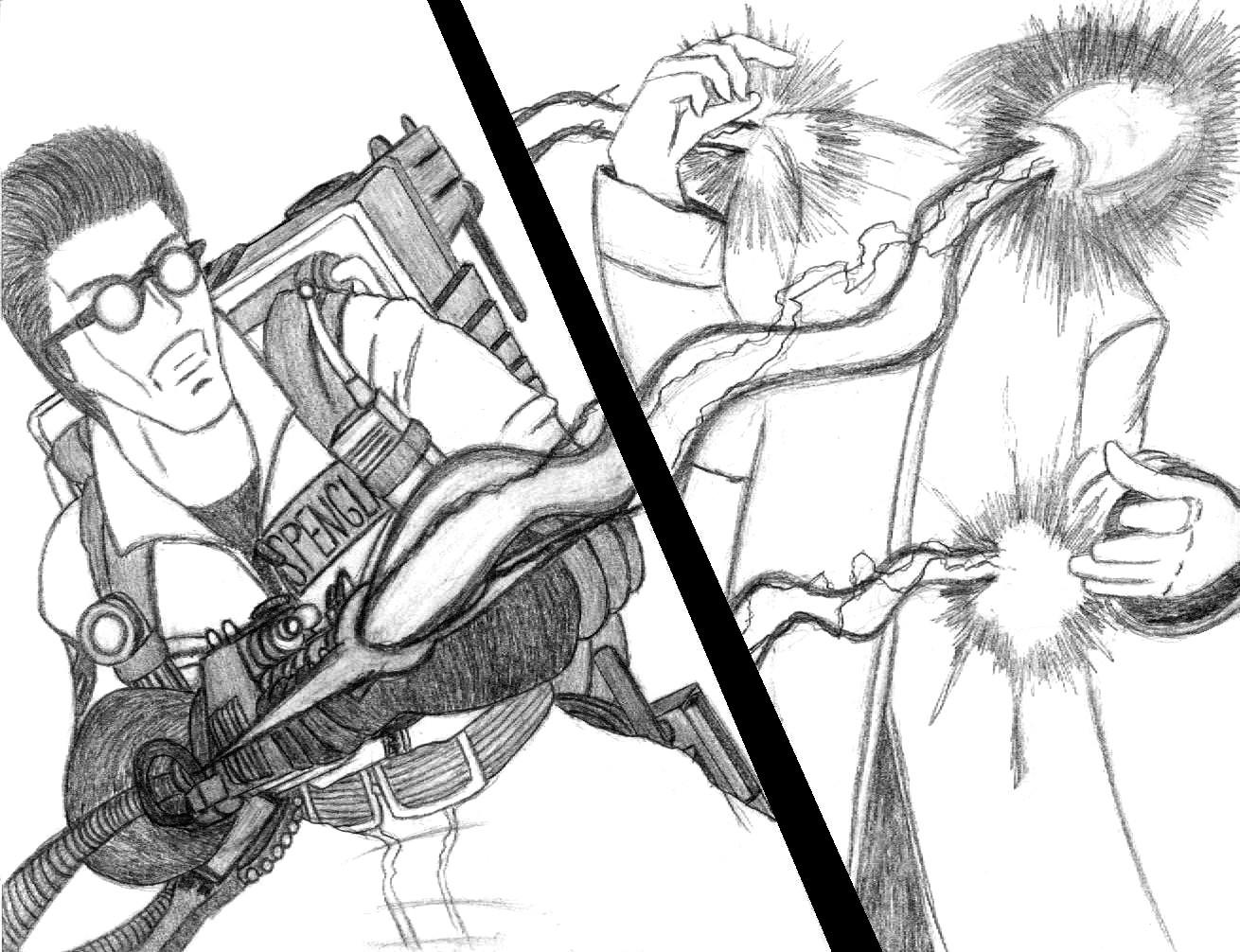 It’s not just Egon fighting him, Ray, Winston and Peter are there, but they’re out of frame. Well… it’s more like I didn’t have enough room for them in the picture. There not right next to him, this picture is one huge comic panel.

The Ghostbusters go into the nightmare worlds of Silent Hill 4 and fight Walter Sullivan. The story behind this would be that the Ghostbusters get a call to go to the town where Henry and Eileen live (wherever that is because it’s not in NYC, but it’s somewhere in the North East of the U.S.) where apartment room 302 is and they of course get trapped inside the apartment.

When they meet Walter, I could see them saying something like what Ray said in GBII when they first met Vigo
"Hold it right their deadhead!"

Although Walter doesn’t come close to people like Gozer, Vigo and Shandor, I doubt that Sullivan is a being that they can trap. They would have to beat him the same way that Henry Townshend did.

And all of the other ghosts and demons they have fought… this is the team that can end the nightmare that Silent Hill has.