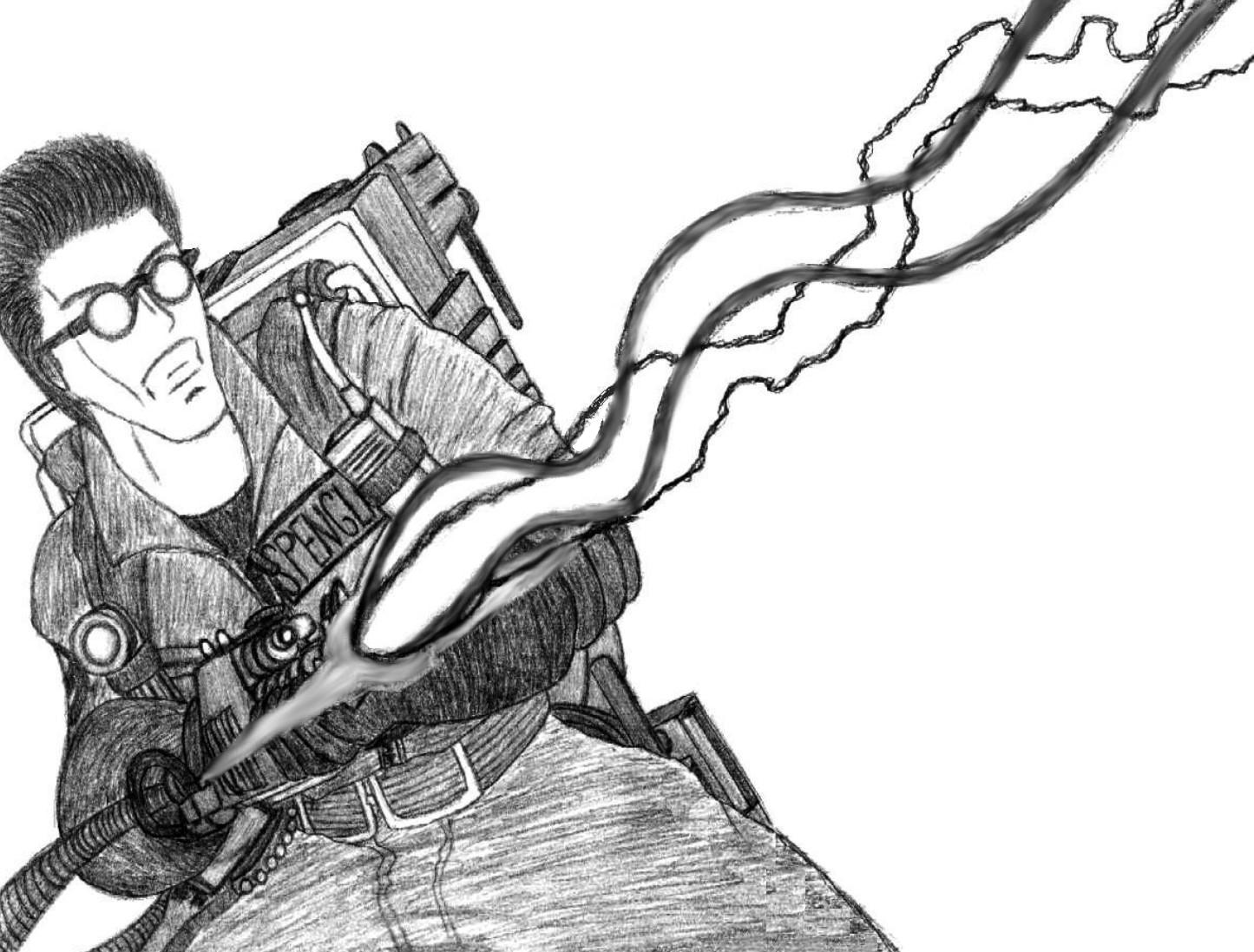 I wanted to show the whole blast of the particle stream. The line "Throw it!" was used twice in the film, when they fought Slimer

I looked at a few pictures and watched the film to see how the streams moved and flowed and how the electricity moved around and the stream.

The expression is based on how Egon looked when there just about to cross the streams.

His hair is how it looked in the video game, it was more under control