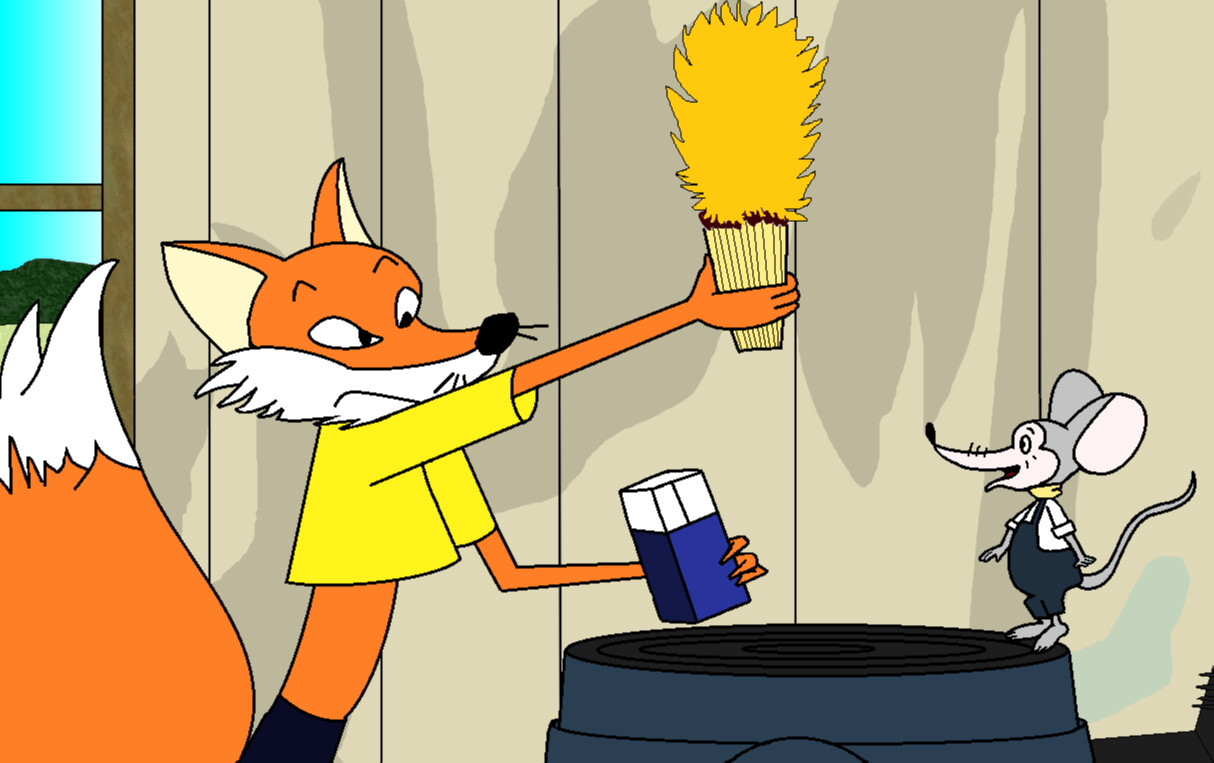 I'm back again after a long time, and I just made this one for one of my old friend on dA, but I upload it here as well.
Although I haven't been active here for a while, I keep working on the final chapter of my comic (currently I'm working on page 174), but its progress is going slowly because of various things in my life, especially nowadays. Also it makes slower that I have limited free time during the week, and I can only continue working on the comic mostly on Sundays.

About the cartoon: Lis Leon was a Polish series created by Krzysztof Kowalski between 1981-1984 (season 1) and 1992-1993 (season 2). It had a total of 20 episodes, from which almost all of them are available on Youtube.
It starred the title character Leon, the fox, who generally fails at everything despite his "brilliant" plans. Because of this aspect, his character is similar to Volk from Nu Pogodi!, or even Wile E. Coyote, except that he has no arch-enemy or nemesis such as the two other.
For example, he tried to dig gold near a creek with no success, or like in the scene in this pic, he tries to set fire in a stove in order to boil tea on its top, but uses too much coal and matches, so it ends up blowing up the stove (covering his flat entirely by soot). That episode can be watched here: Lis Leon - Remont
In most of the episodes, he is accompanied by a beaver and sometimes with the mouse in this pic.

Although the cartoon was made in the same Studio Filmów Rysunkowych, where the most famous Polish cartoons like Bolek i Lolek and Reksio were made, Lis Leon was unworthy overlooked for an unknown reason.
Even I got to know about the existence of this cartoon for some weeks, but I instantly got to love it that I have since watched more episodes (and I'm not over with it yet).

Good old classics from my childhood. :)

Yeah, it's indeed a great cartoon!
To be honest, I'd known only those Polish cartoons that were shown also in Hungary like Bolek i Lolek, Zaczarowany Olówek, Rexio, and Mis Uszatek, and I liked that much, but Lis Leon has just became my favorite of all despite I got to know it just some weeks ago :)

Oh, and I also like Pomyslowy Dobromir, that I already made a pic too:Dobromir and Ferb
I've heard rumors that Phineas's figure is partially based on Dobromir, or at least he's a "spritual successor", but I doubt it's true.
I think it's just like a theory that Peter Griffin and Family Guy in general was based on Géza Mézga (the latter was made from 1969-1978), which is kinda nonsense, as the two are just barely similar. The main similarities are that both has a chubby father wearing glasses, a super intelligent male kid and a talking dog, but these are just all, but you can see it from this ep.:  https://www.youtube.com/watch?v=Negzb730PKw

Interestingly, it has been aired in Czechoslovakia, Cuba, Germany, and even in Italy, but I don't know if it was ever aired in Poland, or a Polish version exists of it.
Do you know about it by chance?

Unfortunately, I don't recall the cartoon you provided the link to. Looks nice to watch indeed.

Yeah, my other Polish friend had no idea either :(
It's too bad, as many consider it the best Hungarian cartoon ever created, and the fact that there's a Czech and a Slovak version of it makes it weird that it hadn't reached Poland.

One possibility might had been the language barrier, though I'd rather blame our 1980s government and its short-sightedness.