Someone to Look Up To

Home » germanname » Pictures » Someone to Look Up To

Someone to Look Up To

Someone to Look Up To by germanname 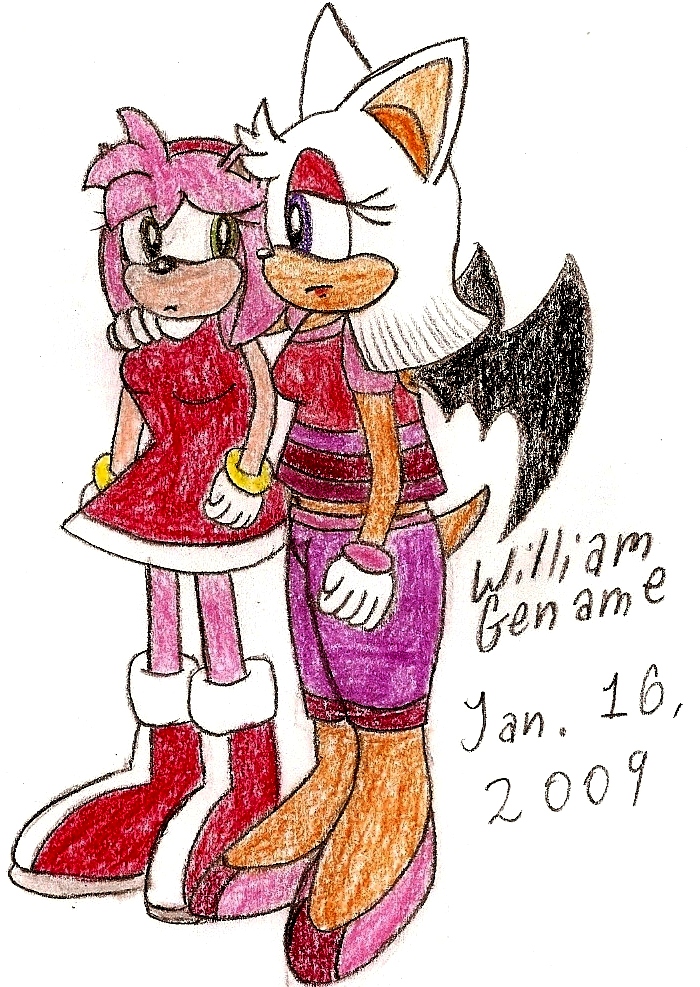 I made this in response to a feeling I had that many Sonic fans show adoration for Rouge just because they have a grudge against Amy. They think Rouge is better than Amy with Sonic X episode 46 supporting their beliefs, but Rouge's own cousin, Russet, does not agree. Russet, a kind and warm-hearted individual, sees the mistreatment Amy has been constantly receiving, and knows for a fact that Amy deserves better.

This scene shows Russet comforting a rather hurt Amy, who sees Russet understands her feelings and that Russet wants to help her out. Although that's true, Russet also warns Amy that in order to help her out, Amy may have to hear things she doesn't necessarily want to hear, but that's indeed the proper way Russet and her friends receive the help they need.

Well I glad to see that in you. Amy may be crazy, but that's one of the countless reasons why I love her so much. She stuns me with various outfits, especially when she came out of that limo with that red dress and a rose in Sonic X episode 14, oh my! However, most of all, when she has a smile on her face, I feel like I'm on top of the world. I feel the world's on top of me when she is upset or hurt.

I don't understand them either. I have a huge love for Amy. She's kind, caring, and although she acts crazy sometimes, that's one of the countless things I love about her.