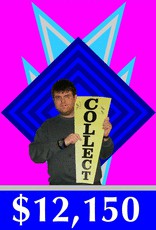 I'm a huge fan of Sonic the Hedgehog. The interest started in July 2001, when I was 11. I did not draw Sonic until I was 12. Over the past 5 years, all of my Sonic drawings grew more and more sophisticated.

If you're asking me why I started my interest in Sonic, it had a few elements. I did not have a Sega Genesis until October 2003, and this was back in July 2001 (read above). I wanted to play this Wheel of Fortune (I flippin' love that show) game for the Genesis, even though now it doesn't look any more sophisticated than the new Computer stuff to me. I go to my cousin, and he gives me his Genesis for a while. He also gives me his game collection for the Genesis. Two of the games were Sonic 2, and Sonic & Knuckles. I really liked them. That was when my interest, soon to become a huge love, began.

For those who wonder why I named myself germanname, it's because my last name is German. Since its spelled GENAME, many pronounced it juh-name, but it's actually pronounced gah-name under German standards. My ancestors arrived at the US shortly after the Civil War ended, and I have never been outside the US. My online name actually was the result of an accident. I received this writing award in 2003, and not only my name was misprounced, it was spelled GERNAME. In 2005, I remembered that accident and also learned my last name was German (a GErman NAME). It was originnaly spelled with one N, but many sites already had a germaname user, so I added another N. If germanname was also taken on a site (which happened when I registered for YouTube), I added my birth year of 1990 at the end of it. The rest is history.

Latest News (03/28/2015):
It's been quite a while since I last submitted anything here, the site where I made my internet debut. From now on, I'm submitting to my DeviantArt account, but if I find a submission to be special, it will be posted here.
In the meantime, please check me out at http://germanname.deviantart.com .


News Archive (05/20/2009):
I let everyone at DA know, and I'll let FAC know this. I'm closing requests down as I'm receiving a large number of requests. They will be open again after I'm finished with the requests I received up to this point.

In regard to FAC members, requests are:
dth1971: Paw requests (these are also for someone at DA)
Ci-Hi200: Amy, Cream, Lupe, Fiona, and Maid Marian panty shots

Hey, Bill. It's me, wheelgenius from deviantArt. How goes it?

hi there, how's my rini the explorer picture?

Hey dude, I got to say yes.

..Not again. Yes, I got a Wheel of Fortune, germanname.
Thanks.
Go to page: 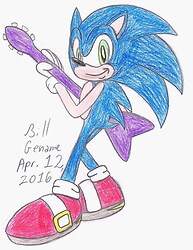