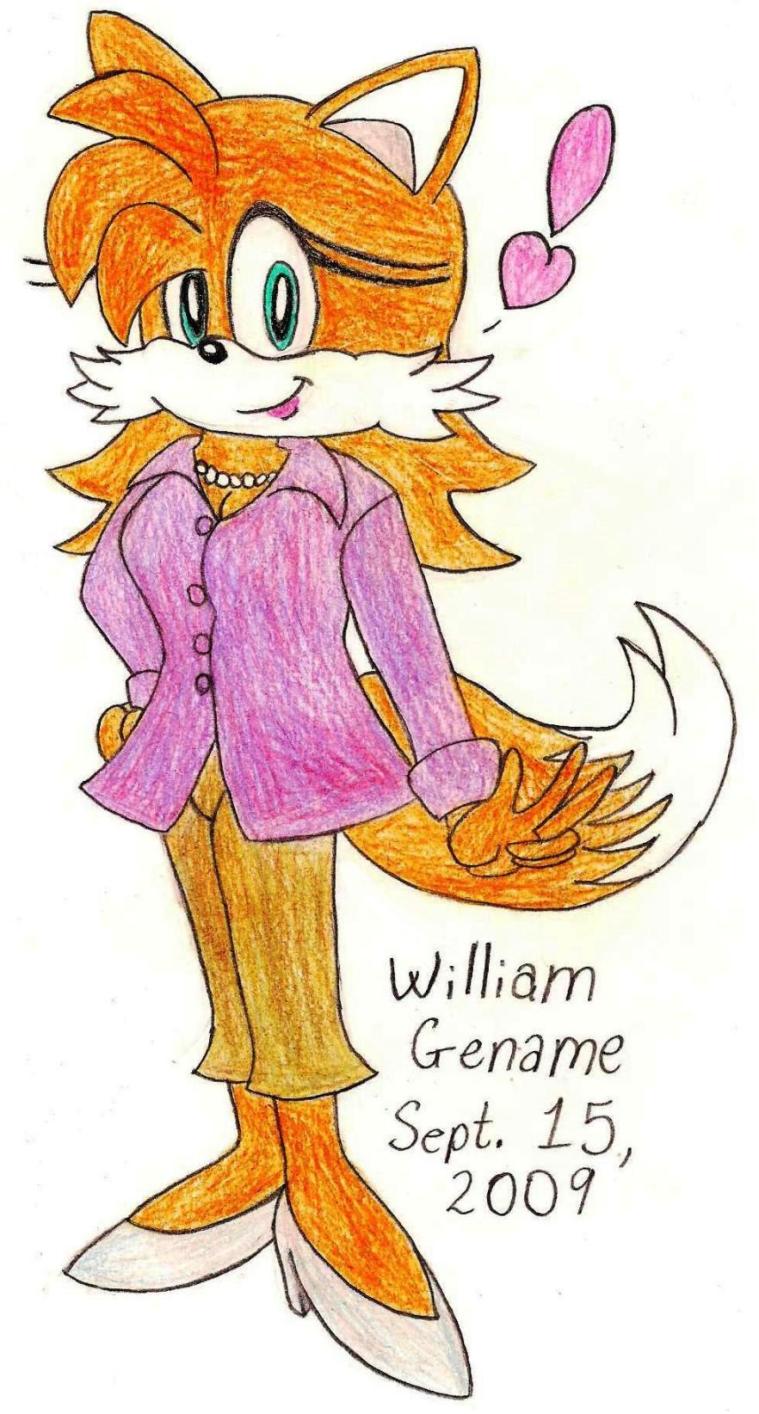 Do any of you want to know Tammy's occupation? Partially because of her natural ability to change size at will, she has become one of the world's most famous actresses.

As many of you know, Lindsey Thorndike, Chris's mother from Sonic X, is also a well-known actress. This wasn't the reason why I wanted to draw Tammy in the outfit Lindsey wore in Sonic X episode 19 (I just wanted to draw her in it), but as I was drawing, I realized how common the two ladies were. Although I made up Tammy's occupation a while back, it wasn't until now that I reveal what she does for a living.

And, BTW, yes, the directors are making awfully sure that they are paying her well. :)

Ultragamma: Yup rosie, she sure does.