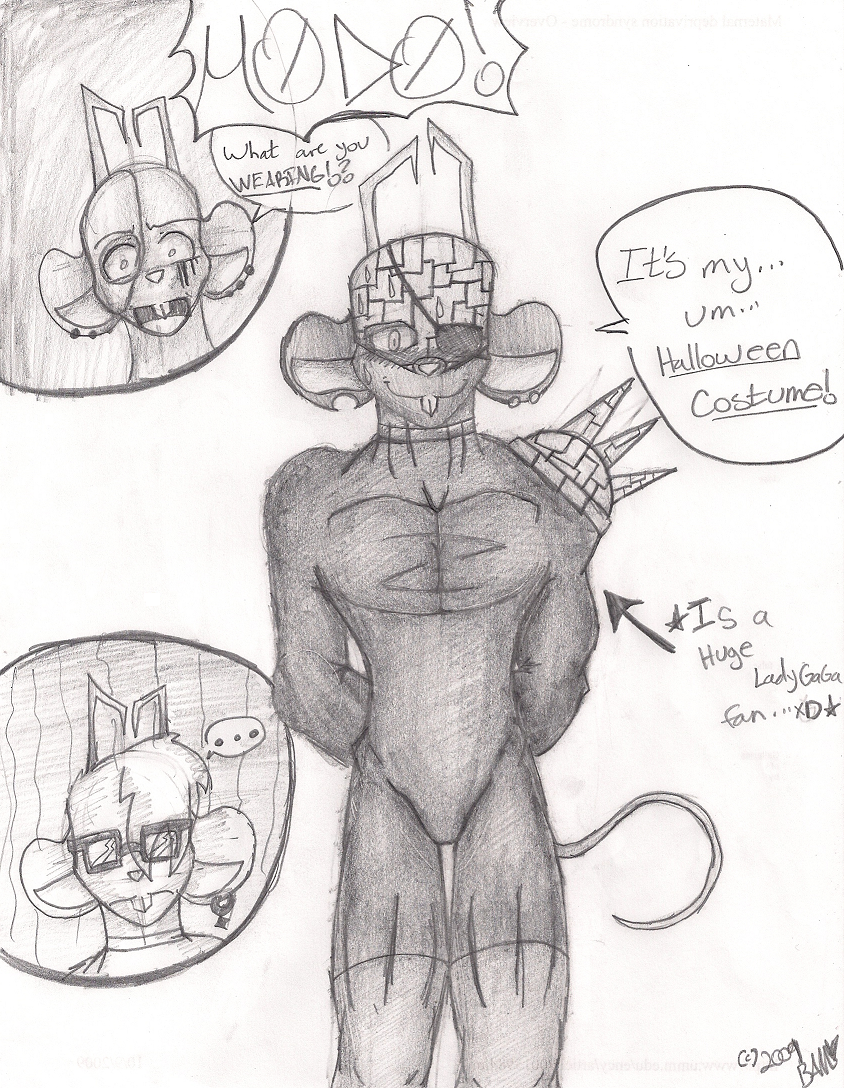 
I partially credit Maxine for this idea! And all because we were at the library doodling during recess; I wanted to draw Modo and his brothers and she wanted to see something Lady Gaga related. x3

Sooo... The outfit is based on the Poker Face outfit at the beginning of the MV of the song. It was supposed to be the real thing, but I screwed up so I'll just improvise and say that Maxine designed the costume (Made out of semi-spandex and parts of a disco ball, lulz). She takes a fashion design class and is an advid fan of GaGa, so it works. XD

And here: Modo is embarrassed (Since he was pushed to go for the costume), Vinnie is appalled, and Throttle is just... speechless.
In my fandom, Modo loves Lady Gaga's music, and up until now he hasn't told his bros (Hey, wouldn't YOU be embarrassed about it, too? xD). He's also looking forward to her album, The Fame: Monster. xDDD

I have so many ideas involving the Biker Mice and other characters from other series... Buuuut, I don't know where to begin. D: Neither do I really have the drive, but that's just me... xD;

I love how Throttle came out. LMAO!