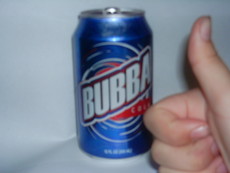 I vistited Triarii's page, and I agree with your comments about Zeta's artwork.

thats pretty cool......sorry it took a couple days to reply. I like stephen colbert too............and the number one threat to america is, BEARS!! aaahhh he makes me laugh.

Well that actually makes sense to me (even though I'm one of those stupid obsessed Gir fans....LOL!) I've met a few celebrities over the years (I work in the television industry a little bit) and most are not like there characters, and lots are total assholes who think the world owes them for being oh so wonderful (yeah right) but I've known many who were the nicest people to be around and talk to you like an old friend! A fri3end of mine worked on the X-files way back when, and he got to meet Gillian Anderson and David Ducoveney (how ever it's spelled) he told me the Gillian was a sweetheart, she was very polite and friendly to him, whereas David was acting like he was a fracking demi-god or something and he was a complete prick to everybody.
So I figure the same would go for writers and professional artists (the ones who do hit animated shows ect.) I know a couple of writers, and even though they'll write about somebody driving hard, doing drugs and killing people, they tend to be really reserved in person, sometimes even a little timid around people too! So I wont judge a person in that line of work unless I have met them or know someone who has, but your probably right about Jhonen, it would'nt surprise me one bit!

But I hate people who as you would say "roll around in their own feces and drink blood" just because some asshole wrote a fracking book, a fictional accout and you take it as a way of life?!?!?!? (Harry Poter's not real, Star Wars never happened and there is no easter bunnie, get over it!) I want to write a hit book about everybody in the world giving me all their money, and I bet that here would be some dumb-@$$ mofo out there who would give me all their money just because it was in a hit book so it must be a good thing to do!

Was that a good reponse to your comment? I have too many opinions on too many things!

And I do think that's a decent pic of you!

So why do you hate Jhonen Vasquez now, is it because he is'nt doing Zim anymore?
Go to page: