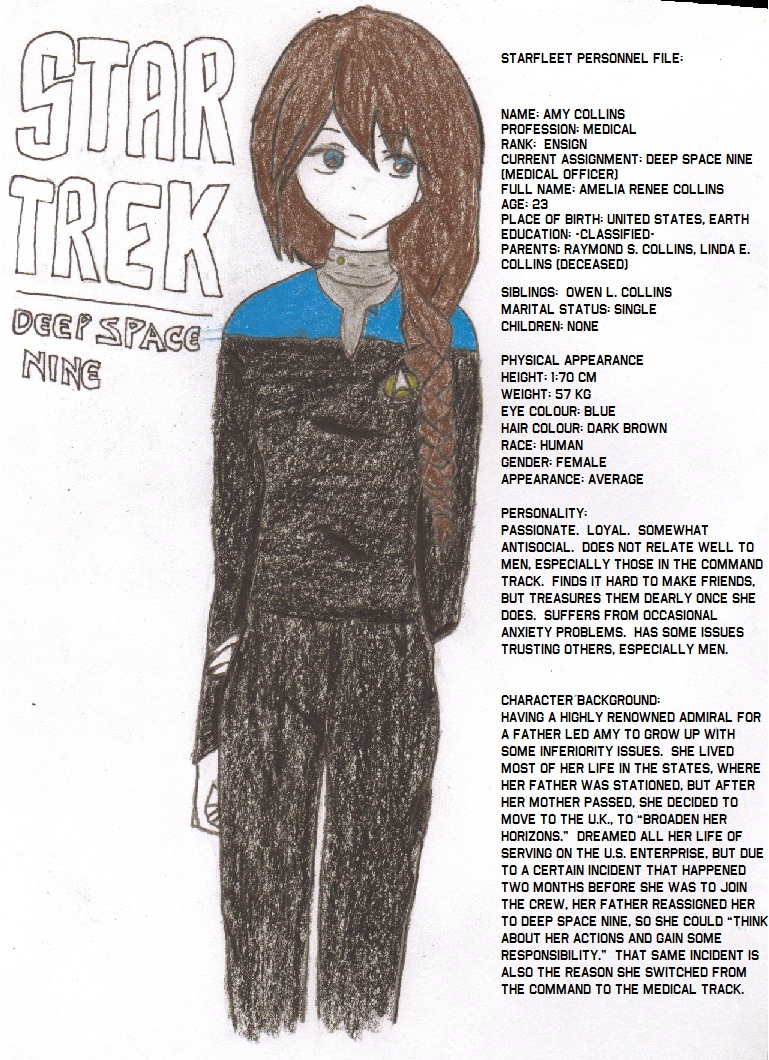 :/ I'm not exactly sure why it's crooked. I must have scanned it wrong. My bad.

If you can't read the 'personnel file' or whatever, here you go:

Personality:
Passionate. Loyal. Somewhat antisocial. Does not relate well to men, especially those in the command track. Finds it hard to make friends, but treasures them dearly once she does. Suffers from occasional anxiety problems. Has some issues trusting others, especially men.


Character background:
Having a highly renowned admiral for a father led Amy to grow up with some inferiority issues. She lived most of her life in the States, where her father was stationed, but after her mother passed, she decided to move to the U.K., to “broaden her horizons.” Dreamed all her life of serving on the U.S. Enterprise, but due to a certain incident that happened a year before she was promoted to Ensign, her father reassigned her to Deep Space Nine, so she could “think about her actions and gain some responsibility.” That same incident is also the reason she switched from the command to the medical track.

pretty nice to be able to put a face with the story. Nice descriptions as well.

She's quite the beauty, as is the case with all your OC's. Love her bio, and the plain 'this sucks' look on her face :)