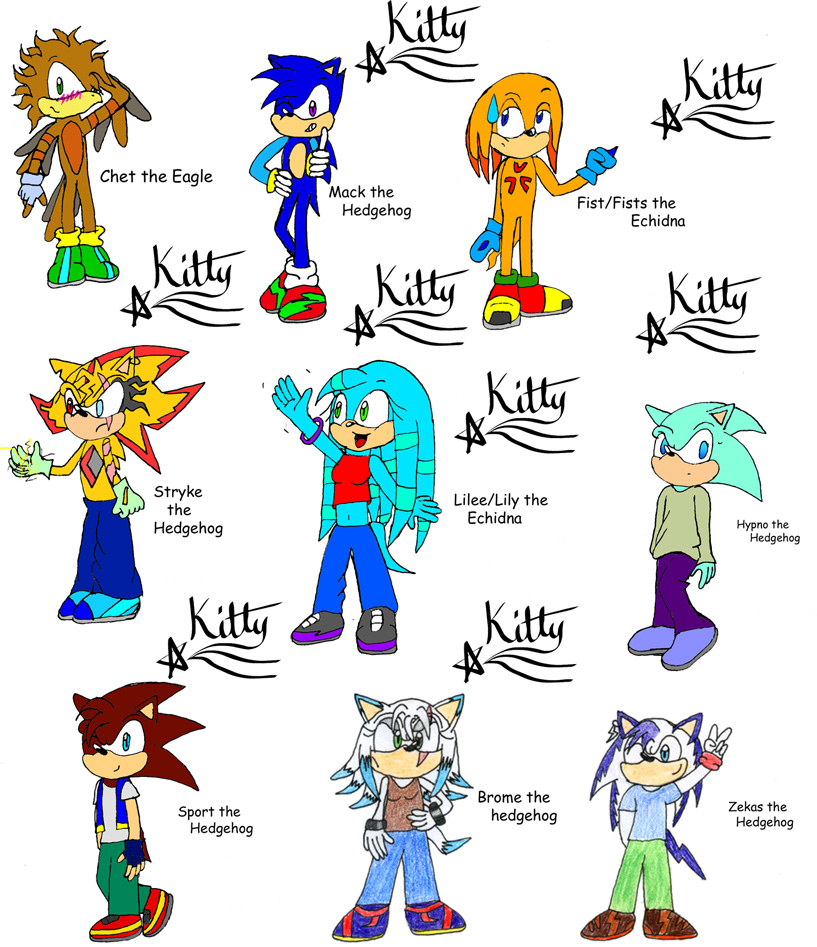 Well, I was looking through my gallery, and I have all of these characters I never ever draw anymore, but I don't want to just stick them in the back of the closet, so... I'll let you guys have them!!!

P.S. The ones that have two names like Lily/Lilee, you get to pick the spelling you want.

RULES:
1. 1 character can be adopted per person UNLESS 3-4 weeks pass and they aren't all adopted.
2. You must draw the character at least once after adopting.
3. You must draw the character within a month of adopting (but if you're working on the picture and run out of time, tell me, and I'll let it slide cuz I'm nice)
4. You may change the name, but it must be approved by me first.
5. If you have read these rules (and plan to adopt) put the word "strawberry" somewhere in your comment.
6. If you don't like something about the character, you may choose to change one detail, and only one. Eye color changes don't count toward this total. Again, run the change by me for approval first.
7. It's up to you to decide their personality, age, etc. OR even if you want to give them a profile at all.
8. NO YAOI OR YURI!!! No exceptions.
9. If you plan on following these rules, please also put the word 'cheesecake' in your comment somewhere.

Thank you, and happy adopting!

Comments 50
Media Digital drawing or painting
Time Taken not too long, I rushed
Reference old pics in my gallery

I could make you a char if you want though

Are you gonna do another one, they all look really cool! =D

Maybe, I have a few drawn out, but I'm pretty busy working on my requests and another project right now.

No worries. ^^ Take all the time you need.

Cool. I'm planning on making another one of these soon, so...

Now im Curious XD
Maybe I'll adopt one then .. or maybe not I have to many chars >.> of wich I havent even drawn all XD
^_^ ah well I'll sure come back to see your new adoptables then.
Poor fisty tough o.o no one wants him

Wanna adopt him and make him happy?

btw-can i add/change 1 thing??can i add some orange highlights 2 his hair plz XD

Of course you can have Zexas! ^^

Okay! You can have Sport!