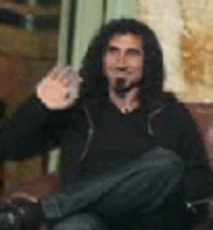 The art or science of government or governing, especially the governing of a political entity, such as a nation, and the administration and control of its internal and external affairs.

i never really put anything here worth seeing, and now um...its probably still not worth seeing but im just putting more of it.

Things i dont like: commies,socialists,upperclassmen in gym class, gym teachers, the public eduacation system, society, dismemberment,not having a volume control for anything but my computer and tv,S.T.D.s,anarchists,terrorists, frenchies,jammed staplers, the U.N., the idea that corporations have a bigger role in our government then most people know about,hot topic employees(actually theyre fun to mess with), rap, the violence of the Muslim community(no offence to any muslum ppl i just think rioting over political cartoons is kinda outragous to say the least, and to the Muslum community,there are plenty of Anti-Christain and Anti-Jewish cartoons especially in palestine but we don't want to obliterate because of it...), burning of KFC's in pakistan(the colonel has never done anything to you people),homos and crossdressers(don't bother me about that, im not going to tell you youre going to burn in hell for being gay i just like you less for it, dont take it personally i generally hate everyone, i just hate gays more), the media,paper cuts,

YES U ROCK! BUCKETHEAD, SYSTEM OF A DOWN! AWESOME!

heyy mm i draw a pic of u haha
just for fun i think u like to see it and.. hope u like it .. if u see it
hahaha
well then ..
chaoo

bother!.....i really have no other way to contact you.....soo yeah happy birthday!!! u gunna like yo present!!!

ah yes but glomping is the latest thing at school tho. Esp when there are lotta ppl in the hallway! *

awww no not the bother stuff!!! i have to deal w/ that at skool. Random ppl will come up and start bothering. ahhaahhahahhahahaha
Go to page: