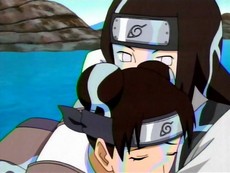 Hello, this account is shared by both my sister and myself. Some of our previous favorate characters are the sand siblings of Naruto (Gaara, Temari, Kankuro) so thus explains our username.

Name: Danielle
Age: 13 (09/12/1993)
Hair: Dark brown
Eyes: Light brown
Hight: 5'5-ish
Favorite Colour: I don't really have one.
Video Games: All Naruto games, Avatar game, all Grand Theft Auto's, Jak + Daxter games, Fur Fighters, Crash Bandicoot (on rare occasions), Spyro games, etc.
Bands/Singers: None in particular
Songs: GO by Flow, You Spin Me Right Round by Dead Or Alive, It's All Coming Back To Me Now by Meatloaf ft. Marion Raven, Hero's Come Back from Naruto Shippuuden (believe it!), Nagareboshi by HOME MADE Kazuku, At The Beginning by Richard Marx and Donna Lewis, Our Time Has Come by James Ingram and Carnie Wilson, Rescue Me by Aretha Franklin, and I kinda like the lyrics of Falling For The First Time by Barenaked Ladies (I love Oxymorons!), The Riddle by Five For Fighting, You Can't Stop The Beat from Hairspray the Musical by the Original Broadway Cast; just to name a few...
Location: Victoria, BC
Favorite Anime: Naruto(FAVORITE!), Case Closed, Fullmetal Alchemist, Inuyasha
Favorite TV Shows: House, Bones, How I met Your Mother, The Office, My Name Is Earl, King of Queens, Avatar: The Last Airbender, The New Adventures Of Old Christine, etc.
Other: I always colour the pictures we submit, when I do it on the computer it use to takes days instead of the usual hour or so with pencil crayons... I hate basically all sports, but I'm really good in school, or so people tell me. I love to watch anime, particularly Naruto. I don't really have a favorate character right now, though. But I do like team Gai. I also don't like to sit still for long, I am usually really loud when I'm at home or with my friends, but at school I am unbelievably quiet and nice. Recently, I've been working on my fanfiction and drawing for myself, since my sister doesn't draw much anymore. It's my time to shine! I've been workin on making animations, too, using our new animation program. Jeez, do I ever get a break?

Name: Angela
Age: 15 (08/08/92)
Hair: Black
Eyes: Green, grey, brown, blue etc.
Hight: 5'7
Favorite Colour: Black
Favorite Video Games: All Naruto games, The Sims, Jak and Daxter
Favorite Bands/Singers: Muse, Evanescence, Three Days Grace, My Chemical Romance, Fall Out Boy, Panic! at the Disco, AFI, Green Day, Marilyn Manson
Favorite Songs: Bliss, Time Is Running Out, Sunburn, Hysteria, and Supermassive Black Hole by Muse, Pain and I Hate Everything About You by Three Days Grace, Teenagers and Welcome To The Black Parade by MCR, all songs by Marilyn Manson or Panic! At The Disco
Favorite Music Videos: anything by Marilyn Manson or Panic! At The Disco
Location: Victoria, BC
Favorite Anime's: Naruto, Fullmetal Alchemist, Bleach, FLCL, Fruits Basket, Death Note
Favorite Books: Artemis Fowl, Harry Potter
Favorite TV Shows: Bones, House, The Office, Friends, Avatar: The Last Airbender, Invader Zim, Pushing Daisies, Chuck
Favorite Artists: Tim Burton, Deidara & Sasori, Jhonen Vasquez, Masashi Kishimoto, Roman Dirge
Favorite Poet: Edgar Allen Poe
Favorite Movies: Harry Potter (all of 'em), Nightmare Before Chistmas, The Grudge, Kill Bill, Edward Sissorhands, Pan's Labyrinth, Queen of the Damned
Favorite Characters: Itachi, Hidan, Deidara, Nny, Squee Dib, Zim, Draco Malfoy, Lenore (teh cute little dead girl)
Other: I am usually the one who draws the pictures my sister submits even though I don't reply to comments (not that I hate you people or anything) but I don't draw so much anime lately, I'm kinda growing out of anime and into other stuff, and I have a million pictures that I refuse to submit...but if you like anime stuff I'm sure my sister is going to post some of her pics...umm, well, about me...hmm...I like books and music I guess, I like photography! well, that's me I guess...

Hello do you want to be friends?

I know you on deviantarT!!!!
XD
im nejixtenten4ever!'
X]

yeshhhhh
I GOT INTERNET ON THE COMPUTER IN MY ROOM!
Now i dont have to use my bros computer!
:D
Go to page: 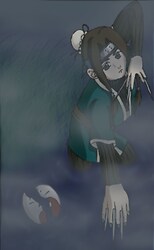 Shinobi of the Mist