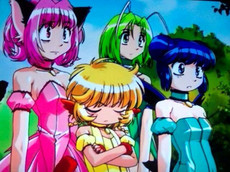 Hey, I'm Mizi (or Ichigo)... I haven't updated my profile in a while! Only one of my pictures are up right now, but I'm trying to get more up. Its hard when you don't have a scanner but you do have a load of homework.

I'm not very good but I'm proud of most of my work. And everyone who sees my art at school compliments it. ^__^
I love manga and anime. My favorites are Tokyo Mew Mew, Full Moon (o Sagashoote), Kamikaze Kaito Jeanne, Yotsuba&, Kingdom Hearts (even though I haven't read the entire first series), Avatar the Last Airbender (even though its not really an anime/manga) and some others, but I can't think of them right now.

I live under a rock! With my pet reindeer Taffy. I'm trying to get a picture of her up, but its not going so well. lol.

I love my friends! Without them I couldn't get any wacky insperations or motivation for most of my art. ~♥Luv ya guys♥~

Even though I am an ameture, I love doing requests, which I get a lot of at school.

Oh yeah, and I have gotten questions about this, so just an FYI: I do not LITERALLY live under a rock, mkay? Some people actually thought I had a pet reindeer and lived under a rock. I just say that because the expression suits me. I'm the last one to know everything! But my rock does exsist in my imagination. Its like a little house! I gots everything in there (like tons of Pocky)!!! And I live next to Patrick Star (From Spongebob Squarepants) and my friend Leana who also claims to live under a rock. ^_____^
Maybe I should put a picture of my rock up here...
Anyway.
Thats all, folks! @_@
Laytah!

Oooo... I haven't been on in a while. Well anyway. I'm probably not going to go on as much as I used to.

mizi hey wad up o.~ tis Mika-san(FYI: dat ain't my real name I just go by it cuz I like it)

I really need to get more pictures up... I've done a ton of artwork but I just haven't put it up yet!