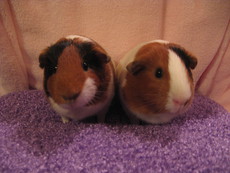 The Maze Runner has begun filming!

"Shuck it," Minho responded. "I'm tougher than nails. I could still kick your pony-lovin' butt with twice this pain."
Thomas shrugged. "I do love ponies. Wish I could eat one right now."
"Was that a joke?" Minho said. "Did Thomas the boring slinthead actually make a joke?"
"I think he did" was Newt's response.
"I'm a funny guy," Thomas said with a shrug.
"Yeah, you are."
~The Scorch Trials by James Dashner


"He would outlive God trying to have the last word."

I absolutely ADORED that movie. The ending made me feel really good about myself. They need to talk about this movie more!

What did you like about the ending? Was it that "be yourself" type message?

It was the Because if that little kid likes me... How bad can I be...?" It is simple quotes like that that I feel can have deep or simple meanings for all kinds of people without being too narrow-minded in its ideas. I do not know...I am comparing it to Brave. I did not like Brave much because it lacked so much essence and difference to me.

What was your favorite part about the movie?

I do agree with you about that one quote. This wasn't really the best movie I've seen; the humor used wasn't really my taste. But I think I laughed at the chanting Oreos and the part where Felix flipped out because of the Nesquik sand. I might've laughed when Turbo blew up (he kind of frightened me, I didn't like his face, and he was super evil).

Hey, someone explain the oreo jokes to me. Why was it so funny? They were just oreos guarding the place.

Well, have you ever seen The Wizard of Oz?(I hate that movie) At the Wicked Witch's castle, there were these soldiers that chant (Oh-E-Oh, or something like that). That's why the Oreos at King Candy's chant 'Oreo'.

Hey, someone explain the oreo jokes to me. Why was it so funny? They were just oreos guarding the place.

Thank you :) I like your art. Its really cute<3

Thank you soooo much!!! ur probably one of the first people that's said that! XD

Hey, really sorry for the late reply! I had some tests to study for. xO

Thank you so much!!! it worked!

thanx^^
sorry it takes me awhile to respond

I'm Rowan. I don't know if you have another acc. But still, welcome at fac c: You can always ask questions and stuff ^^

how do you add a featured drawing? I don't see anything under my settings that will allow me to add one. Help??? 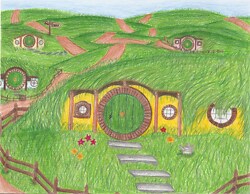