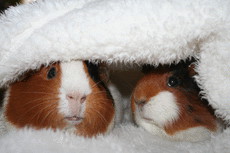 Sherlock, Supernatural, Doctor Who, Portal, Harry Potter, Maze Runner, Lord of the Rings (Tolkien in general), Leviathan, Hunger Games, Spongebob (occasionally), and every once in a while something different... etc.I have many fandoms.
They danced down the streets like dingledodies, and I shambled after as I've been doing all my life after people who interest me, because the only people for me are the mad ones, the ones who are mad to live, mad to talk, mad to be saved, desirous of everything at the same time, the ones that never yawn or say a commonplace thing, but burn, burn, burn like fabulous yellow roman candles exploding like spiders across the stars and in the middle you see the blue centerlight pop and everybody goes "Awww!"--On The Road

Alright, I've been thinking. When life gives you lemons, don't make lemonade - make life take the lemons back! Get mad! I don't want your damn lemons, what am I supposed to do with these? Demand to see life's manager. Make life rue the day it thought it could give Cave Johnson lemons. Do you know who I am? I'm the man who's gonna burn your house down! With the lemons. I'm going to to get my engineers to invent a combustible lemon that burns your house down!
-Cave Johnson

Sam: It's like in the great stories Mr. Frodo, the ones that really mattered. Full of darkness and danger they were, and sometimes you didn't want to know the end because how could the end be happy? How could the world go back to the way it was when so much bad had happened? But in the end it's only a passing thing this shadow, even darkness must pass. A new day will come, and when the sun shines it'll shine out the clearer. Those were the stories that stayed with you, that meant something even if you were too small to understand why. But I think Mr. Frodo, I do understand, I know now folk in those stories had lots of chances of turning back, only they didn't. They kept going because they were holding on to something.

Frodo: What are we holding onto, Sam?

Sam: That there's some good in the world, Mr. Frodo, and it's worth fighting for.

I love your icon by the way.

YES. Your profile is filled with BBC Sherlock.

I have a request. MINHO.

Please tell me, on my profile, some productive criticism on the site staff and some suggestions on what you would like to see changed on FAC.

This can include the FAC persona, logo, blogs, commenting systems, approval staff, contests, etc. Just make sure it is not just simply crude and unproductive insults/rants with no possible solution!

I will send the important criticism to the other administrators, and we will reflect/brainstorm/discuss on them! Thanks home-spice!

i have a request can you do spongebob and patrick

Sorry, your request may take a while because I've been sick and really tired so I haven't been able to get around to it. I promise I'll do it though!

can I get a request?

Sure! Do want them as a pairing, or just.. interacting?

One more thing: you want squidward in his usual squid form, right?

I want one would you draw Carrie the Ghost from The Amazing World of Gumball?

You're talking to me, right?(sorry, someone asked me on my page if they could draw something for me, so I just wanted to be sure)
I don't watch that show, but if you want me to draw that I can! Do you want her as she is on the show, or in a different style?

Well I want you draw her like on the show cause she look cute that way.

Okay. (I just wanted to be sure)

*looks at your profile*
guinea piiiiiiiiiiigs XD
I have one :3