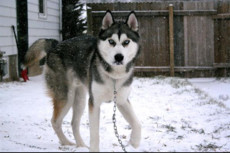 NEW PROFILE TIME! Dunno bout you but i got tire of that rant....

Anyways, Everyone should know by now, I hail from Japan... (if you're new to my rants, i have a japanese mother and was born in Hiroshima, i look american, i know, leave me alone)

Japan is a SLAVE TRIBUTARY neighboring state to China, it is well known for STEALING AND THIEVERY borrowing Chinese culture and writing system. Arguably the most retarded speck of rock on the planet, Japan (lit. land of wind and ghosts) is the nation that is on the other side of the world from the middle of the Atlantic Ocean. If you live in China, it is quite close. If you live in Japan, it is just outside the window. If you live in Japan and do not have a window, you can make a small one by poking your finger through the rice paper wall, or the newly invented cardboard wall released in 2007. AAAAAHH!!

Japan is also a form of bread. The word for bread in Japanese is pan, hence the making of ja-pan. Yakitate Japan! is a thrilling animated series about making ja-pan. This delightful pastry treat is commonly found in convenience stores throughout the country, but is avoided by ethnocentric Westerners who are appalled by its unmentionable filling.

Japan is an island country with a "big" male population composed almost entirely of rape-ninjas (although it is rumored there are some sex-samurais left). It is ranked as the most lecherous country in the world, where most housewives or office ladies are daily raped by old men (retired former rape-ninjas). In general, Japan lacks many natural resources other than perverted old men. The average height in Japan is 2'4", but sometimes, in the case of the sumoru wrestlersu, this can reach the impressive height of 2'8". These "Giantos" as they are known in Japan, are revered as gods among the population, and are showered with gifts on special days. They were also the inspiration for Godzilla, a movie which became a smash hit in most countries outside of Japan. But the Japanese themselves found it extremely patronising, as they felt it portrayed their sumo wrestlers as savage beasts. The Japanese are also known for not dying when they are killed.

BUT JAPAN HAS A LOT OF SAKE AND as WE ALL KNOW, THE JAPANESE LOVE SWIMMING IN THIS HOLY ALCOHOLIC DRINK!!!

Rape-ninjas in Japan are bound by honour to ravish no less than 20 unfortunate females a day. (Tip: Refrain from trying to stop groping on trains, as this is generally enjoyed equally by the ninja groper and the female gropee.) Market research shows that photo-taking and video-recording devices are intensely popular with Japanese men. It is a popular stereotype among people from other countries, that most Japanese are taciturn or soulless; some doctors say that this may be due to an "abnormal ardor of blood-flow to erogenous zones" that occurs specifically among Japanese people. Japan has one of the highest rates of priapism in the world. It is seen by rape-ninjas as a commonly occurring occupational hazard. Treatment for priapism in Japan is similar to the treatment for nicotine addiction. Doctors normally prescribe softcore pornography. Few doctors, however, prescribe pulsating cobra hearts for priapism treatment. It is common to see decapitated Mongolians for sale in hospitals.

The remaining population is equally divided between lolita schoolgirls, J-popu singers, roninu samurai, pokemonu, kitsune, Erubisu impersonators, and Gundam pilots. All Japanese people are capable of going Super Saiyan (just Levels 1 and 2) and destroying everything in a 1 kan radius (68,000 km). Most kids aged 14-22 look nearly the same; the only thing separating them is school uniforms and out-of-this-world haircuts (e.g. ~5 kg of goopy wax and various toilet cleaning products). All girls have tremendously nice figures and pride themselves in nothing more than providing gratuitous pantyshots at all times of day regardless of the situation. All boys have the effect of chick magnets and usually have at least 4 girls fighting over him (although a boy often looks like a girl and acts like one as well). The most common hobby of all kids in Japan is to drive around in ~150 feet-tall mecha with ULTIMA-BUSTER CHO-MEGA PARTICLE CANNONS and fight whatever POP-UP-OUT-OF-NOWHERE-BADDIES-ALIENS-WTF-CRAP happens to be lurking around. To pacify the children of Japan, the US government demanded after WWII that they spend the greater portion of their waking life watching anime to quell their rage and enter a state of eternal bliss (see: Pikachu seizure). The Japanese are hardy folk, having developed special powers against the various monsters that plague the region. Unfortunately, because of the Wide Eye War of 2003, their powers have been slightly reduced, so they have had to rely on monsters found in the wild fields of Osakamon.

TA DA
I BRING YOU
A NEW CONTEST... care to submit?
forums.fanart-central.net/viewtopic.php?t=39461

if the darn thing would upload... friggin muttaedfdf

Oh yeah! guess i could post the one i have done, eh?

I went to go reply your comment and I accidentally deleted it >.<

i don't use DA, but yes, i have one. just a few crappy sketches that i did in less than 3 minutes
Go to page: