Cute but powerful by jojouk 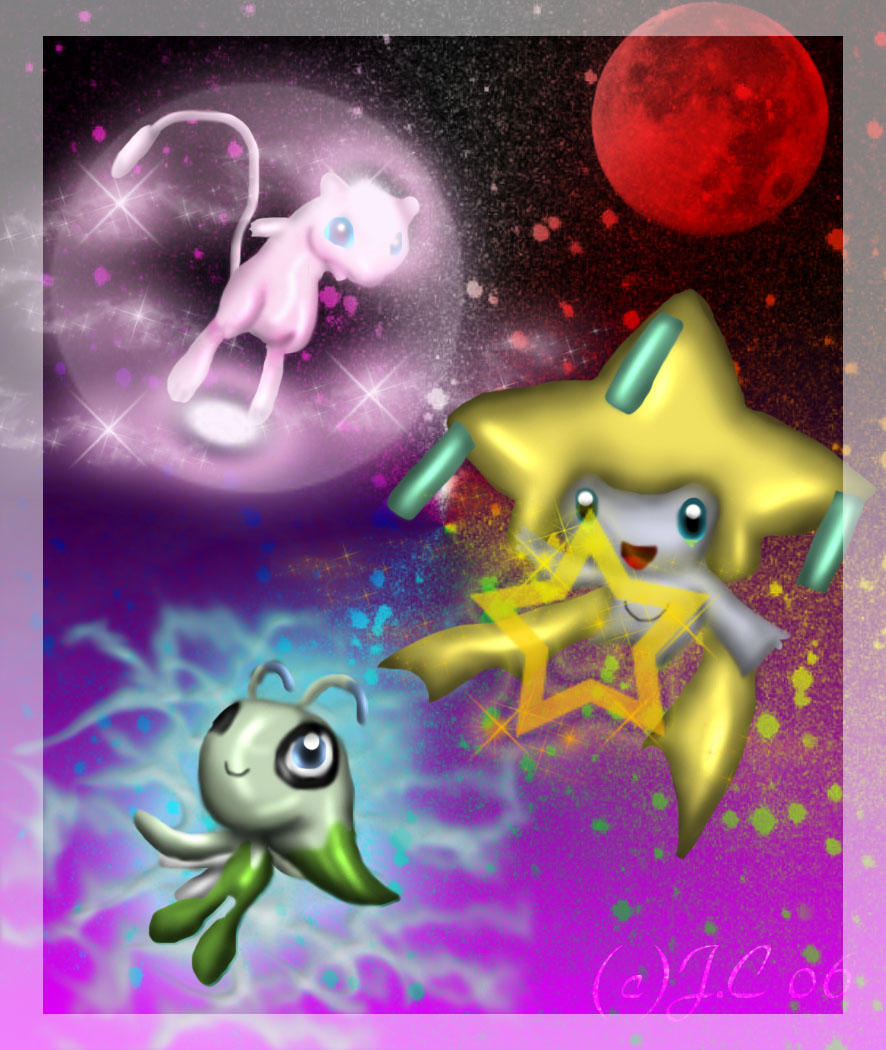 Just incase you don't know these 'things' :XD: I found a site were it has all the Pokedex sayings...right enough I didn't know you could get celebi's and Jirachi info in Pokemon FireRed and Leaf green o_0

Pokémon Red and Blue / Pokémon LeafGreen:
So rare that it is still said to be a mirage by many experts. Only a few people have seen it worldwide.

Pokémon Yellow:
When viewed through a microscope, this Pokémon's short, fine, delicate hair can be seen.

Pokémon FireRed
A Pokémon of South America that was though to have been extinct. It is very intelligent and learns any move.

Pokémon Gold
Apparently, it appears only to those people who are pure of heart and have a strong desire to see it.

Pokémon Silver
Its DNA is said to contain the genetic codes of all Pokémon, so it can use all kinds of techniques.

Pokémon Crystal
Because it can learn any move, some people began research to see if it is the ancestor of all Pokémon.

Pokémon Ruby and Sapphire
Mew is said to possess the genetic composition of all Pokémon. It is capable of making itself invisible at will, so it entirely avoid notice even if it approaches people.

Pokémon Emerald
A Mew is said to possess the genes of all Pokémon. It is capable of making itself invisible at will, so it entirely avoids notice even if it approaches people.

(Mew is the the pink cat in the bubble.)

Pokémon Gold / Pokémon LeafGreen
This Pokémon wanders across time. Grass and trees flourish in the forests in which it appears

Pokémon Silver / Pokémon FireRed
When Celebi dissappears deep in the forest, it is said to leave behind an egg it brought from the future.

Pokémon Crystal
Revered as the gaurdian of the forest, Celebi appears wherever beautiful forest exist.

Pokémon Ruby and Sapphire / Pokémon Emerald
This Pokémon came from the future by crossing over time. It is thought that so long as Celebi appears, a bright and shining future awaits us.

Pokémon Ruby
A legend states that Jirachi will make true any wish that is written on the notes attached to head when it awakens. If this Pokémon senses danger, it will fight without awakening.

Pokémon Sapphire
Jirachi will awaken from its sleep of a thousand years if you sing to it in a voice of purity. It is said to make true any wish that people desire.

Pokémon Emerald
Jirachi is said to make wishes come true. While it sleeps, a tough crystalline shell envelops the body to protect it from enemies.

Pokémon FireRed and LeafGreen
It is said to make any wish come true. It is only awake for only seven days out of a thousand years.

(The one with the star)

before i finally joined i snagged this picture and have been useing it as a screensaver, its positivly radient with power...fantastic job

this is the best! its the 3 cutest legendary pokemon! fave!

it's really cute!*faves* They're all my favorite pokemon

awwwwwww! they are my fav pokémons! *favs*