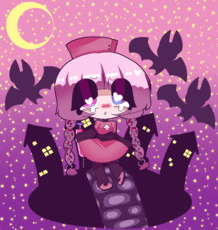 9.9.21
And where am I, over ten years later? Right here. nyeeh, but as things turn out, which seemed VERY apparent by my entire personality back then, that there was something VERY wrong here. I don't mean the site, I mean my brain lmao. UwU I was a tiny bit screwed up and I made a LOT of mistakes, gomen. I must say to any of my 0 friends who still visit this site that I'm on medication and doing a lot better, stable on my pills, taking a small bunch four times a day (Morning, afternoon, night and late night) and visiting all kinds of doctors frequently. I get a shot in the @$$ twice a month to treat my psychosis. and my mid-sized list of diagnoses no longer bothers me.

So where am i, in terms of drawing?
I still draw. I'm a little better than I used to be. Not much. I won't tell what I do now (;p secret) but for many, many years i was into menhera (mental healther, a japanese emo substyle based on healing yourself mentally by drawing kawaii vent art).

obviously my art is even more different now, i have clip studio paint ex and a huion tablet, which i didn't have during my menhera phase... i used a mouse with medibang... i am finally starting to get comfortable drawing digitally.
anyway... i've talked enough.
thanks so much if you read all of this. remember that YOU ♡ are valid (⌒▽⌒)☆
- andy

PS
the MikaTastic person who has the "I WANT TO DIE" avatar.... TwilightMyth... BattleOnix... Midna... AtDusk... AcrossTHEuniverse1234, and LoveShine. And an account called "Kello" I never used much. I am all of these people and probably more. I terrorized this site back in my day, constantly talking like an idiot, blaming people for things they never caused, pretending to be like 20 people so I seemed more valid, and being so ducking toxic it's stupid. I remember once when I was 13 I went onto my LoveShine account and told literally EVERYONE that I, on my main account, was 21 years old. Why did I do that? .......Because I was lying obviously. A pathological liar. I wanted to be a maid (Like an anime maid lmao, I didn't realize for somehow that maids aren't so glamorous irl) but 13 year olds can't be maids. I told everyone I was Russian and in fact, I don't even know how to read Russian letters. Hmmmm... I must be such a mess, ne? UwU

I've gotten better though. I'll def no longer manipulate anyone, but I don't feel I should be welcomed back into the FAC community, based on how much damages I caused. I'll be chill though. Stay safe everyone (´,,•ω•,,)♡

You are not authorized to comment here. Submitting comments has been disabled or restricted on this page

What kind of books do ye write? 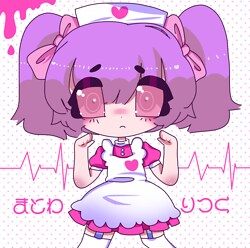 I Didn't Die In The End