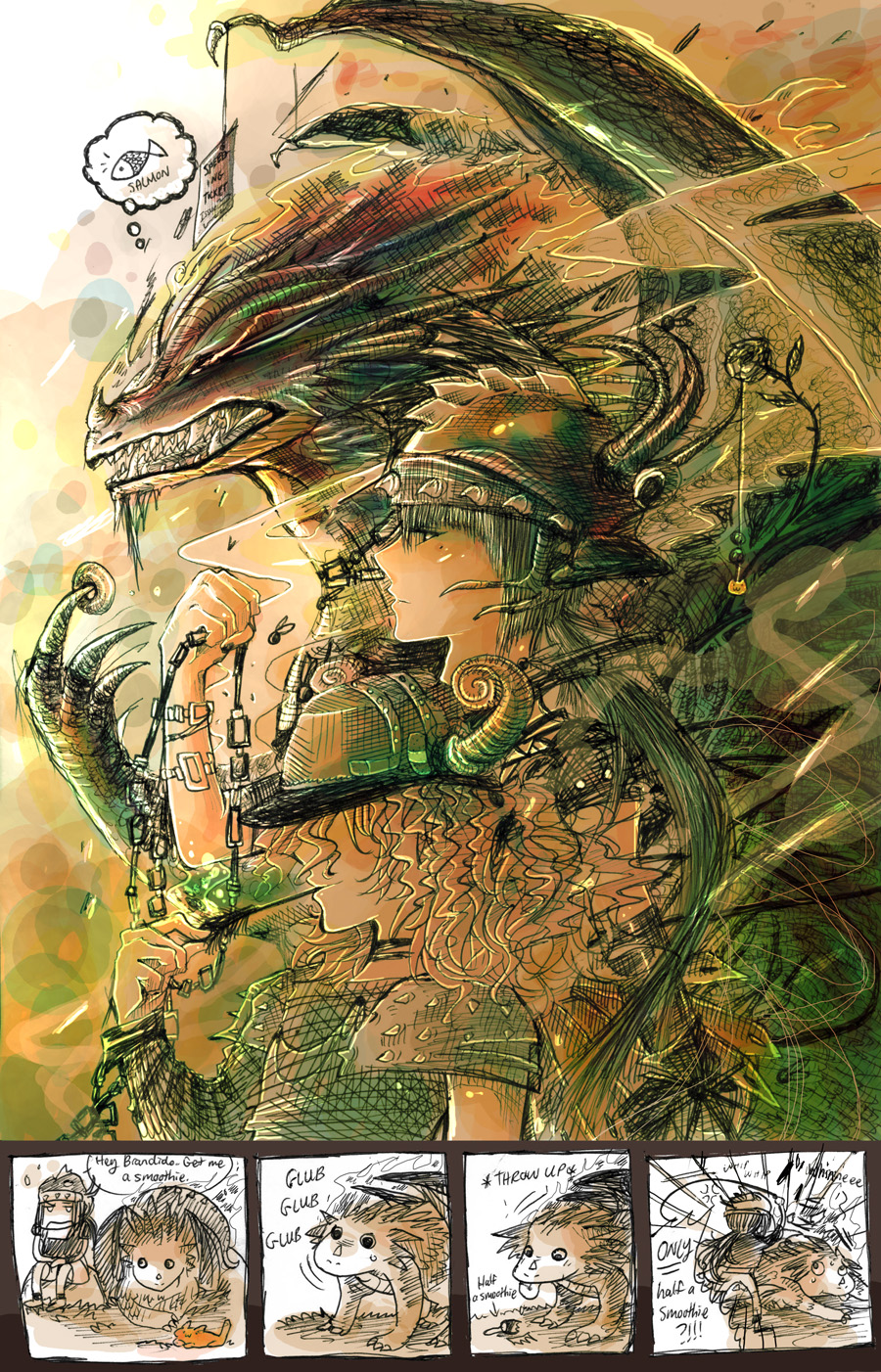 So yes, this is giftart for QueenPaige/Ishida16. It is hard to understand the comic strip at the end if you did not watch the movie. Toothless the dragon in the movie regurgitated half a fish for Hiccup, so I expect other dragons to have a refrigerator/storage interface in them. Animal cruelty laws do not include dragons yet, so I am free to whip Brandido however I want. Lol, say no to animal cruelty guyz!

P; Yes, that is a speeding ticket attached to the dragon's wing, the dragon is on fire, and yes, he is trying to eat a donut. I am the cool looking asian in the middle with the gladiator hat, Paige is the curly haired magician girl with the semi-Micheal Jackson viking hat on the bottom, and Ishida is the dragon(who likes SALman).

FAC does not have a "How to Train Your Dragon" category?!!! 10 times the BLASPHEMY!!!! No one just.....not puts HTTYD into the category system, you know? I swear, this is a conspiracy!

Wow this pic is very nice!! It has that Pop art feel to it. It would look good as a wall painting in a room with earth tones. GOOD JOB!!

Goodness me, this is also fantastic! Dude, all your art is XD

I really liked the way the coloring came out on this :D It's awesome!

And I really like the people and the dragon :D The way they're drawn has just left me in awe :D

Toothless reminds me of Storm. They act the same way - except Storm was a lazy kitteh and Toothless can fly. XP

wow.. that's really pretty and amazing! O.O i like the little comic at the bottom, cute. XD *gives pocky and pixie sticks*

zomg i loved that movie

This is actually really nice. I am going to seriously be left behind everyone one day if everybody continues to improve at this rate.

Also, How to Train Your Dragon was a good movie, but Pixar has done better. In my opinion. Which is the right one. :P

This is flat out amazing art.
PS:How have you been lately?

Excellent, struggling with those god dang Advanced Placement tests. ;__; They are advanced in that they suck all your life. My dreams of school are the most intense, lol.

Thanks a lot! How have you been?

I've been sort of ok.

I've colored most of my drawing and will be sending on to here and Deviantart.com pretty soon. I've also located a new online art website,it's sort of like DA & here but it's pretty new but it looks good. It's called: www.Artician.com.

HEEEEYYYYYYYYYYYYYY- I like that art site layout. P; Hmmmm!!! <333 Good luck to you too! Good health and much fun and happiness!

Thanks!
Go to page: