We Were Born Different

We Were Born Different

We Were Born Different by luckylace222 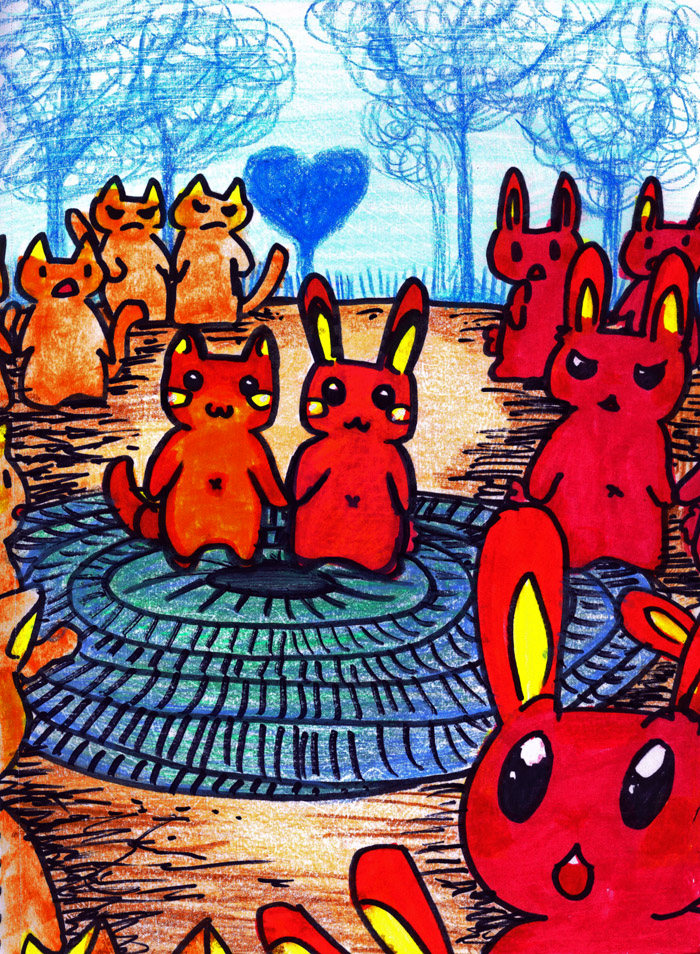 Before I have to go back to school (August 22, 2011), I will continue to impose my ideals on you before I leave! This is an old simple picture to depict, "We were born different." There are two difference biggies that drives me crazy always.

Do not shun those that love differently than you. Do not look down on others because they were born, raised, or lived a certain way. The disbelieving and judgmental ideals of people who attack others for their separate life views baffles me.

One is religion. Was the Bible, Quran, and even preaching and everyday teachings of religious philosophers not meant to be interpreted by each individual? Was the rules of many main religions still the same concept, that there was a higher power and in return for following his/her ideals, we would reach a better state of mind? Why are we fighting over whether that entity is real or not, when the righteous teachings of simply being a good person is being lost in the process?

"No American will be forbidden from serving the country they love because of who they love."
-Obama

I ask myself why there are even debates on homosexuality. We had a long-lasting historical fight for African American rights. That is understandable with its physical and class differences; we needed time to adjust and learn that they were people just like us. However, now we are fighting over homosexual rights, those who can be black, white, Hispanic, Asian(not the Asians!), mixed (etc...) with different class statuses and physical appearances. We are attacking a huge majority of the American society because of who they love. We need to get over the fact that the same sex is kissing in public. Them liking each other is not going to make your brains and arms blow off. If you cannot deal with it, you will understand when they ban straight marriage (sarcasm, but that would be funny).

I'd have to agree with you on both points. I really get tired of everything sometimes. It's just frustrating to listen to people who try to force everyone into thinking the way that they think. -_-

Anyways the picture is cute. I like the use of expressions and how they contrast with the two characters in the center.

Indeed- it seems you have had your troubles with people who were just not satisfied with your art. Do not sweat it. You can only improve at the pace you want, and if they dare to get offended at such hard-worked art, they should not have commissioned you in the first place.

That said, thanks a lot! My descriptions ARE read. *tear*

haha Yeah they are really long. My poor little attention span is straining to the max. ;D But that's ok! It's good to see people who can go into depth about their thoughts.

Thanks a whole bunch!

Your comment is quite deep! I love those type! Thanks a lot for your feedback. Seems like you're the real philosophical person almost! Your really think it through!

You can't help who you love.
"Love is a gift, not alot of people remember that."
-line from Hairspray

This picture is very cute. It makes me think of "Lion King 2," and "Romeo and Juilet."

Epic-ness in every level, both the theme and the picture that represents eet! <33333
Go to page: